I have assumed that 'middle age' started around 40 ended and ended when 'old age' began around the age of 60. Apparently, I was wrong, for an article in the 'Daily Mail' was entitled :

Based on the results of a survey of 1000 men and women over the age of 50 by 'Love to Learn Online Learning' it reported that :

* 70% defined themselves as 'middle-aged' and the average age at which it was perceived to start was 54 years and 347 days, however,  nearly 20% thought middle age did not begin until after 60.

TV presenter John Craven, 72, who is supporting the website’s launch, said the concept of ageing had changed :

"Only a generation ago, many people were pretty old at 60. These days most of us in our middle and later years are much younger in our attitudes and it’s all about having an active state of mind and the confidence to experience new things. It’s a time to take on challenges and enjoy fresh interests - or maybe rekindle those that fell by the wayside as work and family commitments took over. I’m lucky to still be working but I do have more spare time now, so I’m building up a list of things I’m going to do, such as improve my French, study astronomy and be a better photographer." 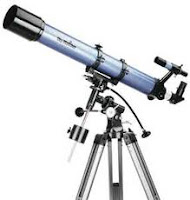 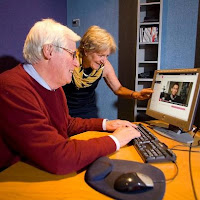 Gill Jackson, Director of the Love to Learn online learning website, which carried out the survey, said:
"These new middle-agers are active, want to enjoy life and certainly don’t see themselves as old age pensioners.
In fact, our research found that adults in their 50s are overwhelmingly upbeat about the benefits of their age group. They have greater freedom and financial security.
More than half said they have more confidence and experience than younger people and are less afraid of making mistakes and a vast majority, 87%, have a huge appetite to learn new things and take up new hobbies."


The newspaper article elicited the following responses from readers :
* Dang. I've lived a lie for the past 16 years. I thought middle age began at 40.
* My father is now 70 and he tells me that he is now only just approaching middle age... lol
* I'm 51. I have just gone through my mid life crisis and do not intend to go through another one at 55, thank you very much. Mid-life begins at 38.

P.S.
Discussion centred on the research on the 'P.M.' programme on BBC Radio 4 yesterday where a listener defined :

That sounds just about right to me.