Britain is no longer a country for and says "Goodbye" to an old tv presenter and naturalist who inspired children with his 'Really Wild Show'. 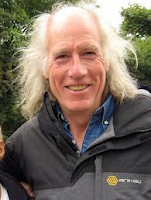 Naturalist and tv presenter on 'Animal Magic' and 'The Really Wild Show' who inspired children to love nature and possibly inspired my daughter to become a vet, has died at  the age of 66.

What you possibly didn't know about Terry, that he :

*  was born in Marylebone, London and skipped school to spend time with the elephants at  London Zoo.

* moved to Scotland.at the age of 12 and at 15, lost part of two fingers to an otter named 'Edal' while working for the Scottish naturalist Gavin Maxwell, author of 'Ring of Bright Water, who became his legal guardian in order that he could stay with him.

* in relation to his lost fingers, according to John Lister-Kaye, : "He treated the injury like a war wound – he would hold his hand up and tell the story to impress people, almost as a badge of honour."

* in the 1980s, was co-presenter of the children' tv series 'Animal Magic' with Johnny Morris and is best remembered on the show for segments with 'Gemini', the California sea lion he had hand-reared from infancy. 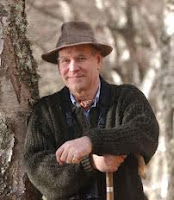 * when Morris's trademark style, in which he 'spoke the thoughts' of the animals, became  unfashionable and 'Animal Magic' was finally axed in 1983,  put together a new animal series, 'The Really Wild Show' which, during his seven-year stint as a presenter, won three Bafta awards for 'Best Children's Programme'.

* according to Lister-Kaye (right), in relation to his appearance on children's television : "In those days, TV presenters were rather posh and respectable, yet here he was with bags of bravado, full of off-the-wall ideas and always controversial."

* In 2009,  featured as the animal expert in the tv series, 'My Life as an Animal', in which volunteers attempted to live as pigs, dogs and horses.

*  was instrumental in the restoration of the historic Fort Augustus Abbey on the shores of Loch Ness.

* died at his home in Gleneig, near the Isle of Skye, Scotland after receiving treatment for acute leukaemia and is survived by his wife, eight children and eight grandchildren.


Documentry about Terry with introduction in Scots Gaelic :