* around a third of old men and women suffer from cataracts, cloudy patches that form over the lens of the eye, causing blurred vision and in many cases, as the condition worsens, the only option is to have surgery to remove the lens and replace it with an artificial one.

* cataract surgery costs £930 and is deemed to be one of the most effective in the National Health Service. However, rresearchers from Imperial College London in a survey in the 'Journal of Health Services Research and Policy' have reported that :

- 71 out of 151 Primary Care Trusts, which manage National Health Service budgets, had policies to restrict surgery.
- some trusts offer the procedure only to patients whose sight is so poor it has led to them having a fall, with many turning patients away unless they can no longer drive, read or recognise their friends.

Lead researcher Sophie Coronini-Cronberg, of Imperial College London, said some restrictions were necessary as not all patients would benefit from cataract surgery and some would not want it. However, some patients whose sight could be improved were being refused the procedure. 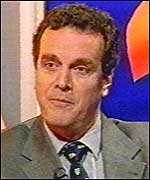 Steve Winyard, of the 'Royal National Institute of Blind People', said: "It’s indefensible and is leaving a lot of older people struggling to lead independent lives. People should not have to live with a reduced quality of life because PCTs are using arbitrary criteria to determine whether they get to keep their sight."