Despite the myth that our sex lives end at first sight of a grey hair, many old men and women over 60 are still enjoying a healthy libido, but few are willing to admit it. The fact that sexually transmitted infections are increasing among them, prompted a recent article in the Guardian entitled :

Let’s talk about sex for the over 60s

It was partly based on an interview with a 67 year old Londoner and retired public servant called Roy who said :
“There is an embarrassment about it all. It’s a taboo which has carried on for generations. If you talk about sex, then you are labelled as a dirty old man or a pervert. It’s a kind of prejudice.”

Roy admitted that while his sexual appetite had waned over the years, he still enjoyed the intimacy which sex provided in a relationship and believed that you could have a good sexual relationship at any age :
“The familiarity of sex has gone now. You don’t do it as often, but you don’t stop it altogether. When you are young you do it every day, but when you get older you do it in little bursts. There are more important things to worry about and new priorities, it’s no longer just about sex.”

Despite the existence of a group of sexually active old men and women in Britain and the fact that higher divorce rates and the emergence of internet dating has meant more of them are embarking on new relationships, they remain a neglected and misunderstood group because : 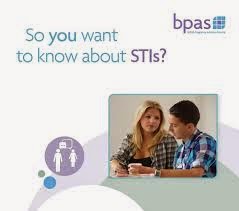 * awareness campaigns on the dangers of unprotected sex largely target the young and sexual health messaging for this age group has struggled to keep up.

*  the media continues to perpetuate the stereotype of old people as either impotent and chaste or perverted and figures of ridicule.

* they themselves became sexually active in the 1960s, at a time when the pill had made its debut and couples were thinking about preventing pregnancy, not sexually transmitted infections and that mindset has stayed with them.

The urgency of the situation is evidenced by figures published by Public Health England for 2013 which revealed that  :

* the number of old people with HIV is also growing.

Natika H Halil, Director of Health and Wellbeing at sexual health charity, FPA, has said that something has gone wrong with how we communicate to old people about sexually transmitted infections :
“You might be embarrassed about how you use a condom, but who are you going to ask about it when you haven’t used one for 30 years? We somehow need to communicate that it’s ok to ask these questions. It’s OK not to know how to use protection, it’s OK to want to be educated and want to keep yourself healthy, in the same way that we do with diabetes or stroke or other things. It is a normal part of everybody’s lives.”

Roy thought that :
“Just like how younger people are targeted by sex clinics and given condoms, similar clinics should open for mature people as well. It can be embarrassing for many older people to go out and buy viagra, for example. If a young person goes and buys a pack of condoms, nobody would blink. If I do, everyone will immediately think I am a dirty old man.”

Stefan Walters, Psychosexual Therapist agrees with Roy, that education is part of the key to success and believed community centres and care homes were ideal places to start providing advice, even distributing condoms and explaining how viagra works. He believes, however, that unless we break our silence on the seemingly secret sex lives of the over 60s, there is a danger this age group will continue not taking the necessary precautions and think that STIs are something that can’t happen to them.