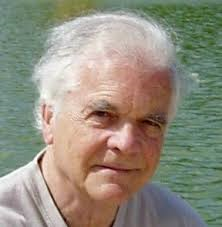 David, a leading clinical psychologist and influential writer, who exposed the damaging psychological effects of Britain's increasingly competitive and unequal society, has died at the age of 76.

* was born in 1938, the year before the outbreak of the Second World War, in Putney, South-West London, to Olivia and Harold, an insurance broker, but spent his formative years in leafy Wimbledon, where his courageous rescue of a tortoise in a house fire featured in the local newspaper.

* while in the sixth form at school in 1954, spoke to a friend of his brother interested in Jungian Psychology and later said : "At school I wasn't interested in anything much and I read a bit of Jung and Adler and when it was time to go to university, rather than do modern languages, I thought I'd do psychology" and subsequently, as an undergraduate at University College London, supplemented his student income moonlighting as a semi-professional jazz drummer, an occupation which took him to and provided 'hazy memories' of stays in continental cities.

* later said : 'I'm not sure, if I had my time over again, if I'd choose to do psychology, but in the 1950s there seemed no reason to hesitate. The origins of therapeutic psychology seemed at that time to be more or less contemporaneous : Freud was hardly in his grave; Jung was not yet in his; Eysenck was, so to speak, a young Turk. It was a field full of promise and excitement, the power politics veiled behind what looked like - and to a large extent really were - debates and battles about ideas."

* after graduation, did market research which he found "quite amusing but boring" and "didn't know what to do after that and clinical psychology seemed to be the most interesting of various possibilities", so at the age of 25 in 1961 entered the National Health Service as a probationer psychologist at Horton Hospital Epsom.

* three years later, joined the Psychology Department at Claybury Hospital, Essex and with fellow psychologist Tom Caine, pioneered the 'therapeutic community' approach to treatment, which emphasised patients becoming active participants in their own and others' rehabilitation and was awarded a PhD for his thesis on the 'Thematic Apperception Test' in 1965 at about the same time he became a father with the birth of his son to his wife, Uta.

* in 1969, co-wrote his first book with Tom,'The Treatment of Mental Illness', in which they argued that the personal characteristics of therapists were more influential in their success, than theories or techniques and patients' confusion and despair could be traced not to faulty brain chemistry but to the cruelty and neglect that blighted their lives.

* at the age of 33 in in 1969, was appointed Head of the NHS Clinical Psychology Department at Nottingham University, where he increasingly rejected the view that patients could be 'talked out' or 'think themselves out of' their predicaments and by insisting on the recognition of the political and economic forces acting on them, developed a framework for the practice of 'Community Psychology'.

*in his book, 'Illusion and Reality: The Meaning of Anxiety' in 1984, provided an analysis of how inequality spawned chronic insecurity, especially among those with the least power and control and three years later in 'Taking Care: An Alternative to Therapy', analysed psychological expertise and showed how the mythology of 'the talking cure' reflected a society obsessed with imputations of personal blame and responsibility and how this benefited the powerful.

* in 1989 contributed to the Thames TV series on 'Depression' where he said of psychological distress : "We've got to stop thinking of it in terms of the individual's problem, some form of illness or weakness inside the person and begin to think much more carefully about the knid of society in which people are located because that's where the damage is done."
https://www.youtube.com/watch?v=e5ByF_0HV5w

* at the age of 55 in 1993, in 'The Origins of Unhappiness', described how, during the 1980s, he found himself working more and more with individuals afflicted by distress that they attributed to their own failures to adjust to the changing times but saw their malaise as the product of the toxic social and economic policies of Thatcherism and wrote that Prime Minister Margaret Thatcher taught him more than anyone else about the misuse of political power as the basis of personal suffering.

* after his retirement at the age of 62 in 1998, continued teaching on therapeutic psychology training courses either despite, or perhaps because of his disillusionment with what he saw as the increasingly self-confident claims made for 'talking therapy'.

* in 2002, founded the 'Midlands Psychology Group', a close-knit group of critically minded academic and therapeutic psychologists who in their manifesto stated that : 'clinical psychology has served to detach people from the wold we live in, to make us individually responsible for our own misery and to discourage us from trying to change the world rather than just 'understanding' ourselves. What are too often seen as private predicaments are in fact best understood as arising out of the public structures of society.'

* in 2005 in 'Power, Interest and Psychology' outlined what he called a 'social-materialist psychology' which placed distress firmly in a material context, recognised the extent to which our feelings, thoughts and behaviour are shaped by economic and social circumstances and proposed that if we want to understand why we are unhappy then, rather than 'insight', we must cultivate 'outsight' into the world around us.

' He knows what burden of sorrow most people carry. He does not make a display of his awareness of other people's suffering and his pity for those who suffer. Some people use this pity in order to increase their standing as a person of virtue. David sees those who suffer as his equal. He expresses his awareness and pity, softly, gently, and so those who come close to him - his clients, his colleagues, his family and friends - feel understood, cared for and supported. No wonder we all love him so.'