Britain is no longer a country for and said "Farewell" to an old photographer, historian, flamenco player and hispanophile called Gerald Howson

Gerald, who died aged 88 in June, had a zest for life and compassion for humanity and was a Renaissance man : musician, photographer, writer and painter.

What you possibly didn't know about Gerald, that he :

* was born in 1925 in the Cambridgeshire village of Buckden, but moved to the East End of London, where his father, Vincent, was the Anglican vicar of Ratcliffe  Limehouse East, who had served in the 'Hunts. Cyclist Battalion' during the First World War and was captured and held as a German prisoner of war for two years.

* got his artistic temperament from his father, who in 1934 performing in an amateur production of T.S.Eliot's play with music, 'The Rock' at Sadler's Wells, brought the house down with his burlesque of an old time variety duet and dance, 'When I was a lad what 'ad no sense' and who, when Gerald was 11 in 1936, delivered a First World War Remembrance Day Service dressed in mud spattered khaki and steel helmet to represent the unknown soldier.

* attended the boys independent, Kings School Canterbury and, 13 years old when the Second World War broke out in 1939, would have been evacuated to a hotel in Cornwall with the School in 1940 and during the War, developed a lifelong interest in military aircraft after the family home in London was destroyed in the German Blitz bombing.

* saw his mother and father relocated in London to the congenial parish of the 'Actors' Church', St Paul's, Covent Garden, where he got his first real taste of bohemia and where to his mother's dismay, would invite rough sleepers in to bed down for the night in the vicarage when the weather was bad.

* was drafted into the Amy at the age of 18 in 1944 and served after the War in Palestine until 1948 and during the tumultuous period at the end of the British mandate, which led to the creation of the State of Israel and the subsequent Arab-Israeli war.

* in his early twenties, knew that his main interest lay in the creative arts and enrolled as a student at the Chelsea School of Art, focusing on painting, but also developed a passion for Spanish guitar music, particularly flamenco.

* in 1954 at the age of 29, although unable to speak the language, took up a position teaching English in Franco's Spain, first in Vigo, Galicia and later in Cádiz where he lived with the gypsies in the caves outside the city, threw himself into the exuberant life of flamenco musicians and gypsy culture and by the time he left, was fluent in the language and an accomplished flamenco guitarist.

* returned to England at the age of 32 in 1957, earned a modest living playing in London clubs, possibly with his 1924 Santo Hernandez guitar, met Vera, his future wife of 55 years and with growing family responsibilities, bought himself a camera, taught himself photography and decided to try to carve out a career as a photojournalist.

* received an assignment in Communist Poland in 1959, to illustrate a feature in 'Queen Magazine' on Cold War aspects of life for which a friend, the novelist Frank Tuohy, then working for the British Council in Warsaw, had been commissioned to write the text and left Britain with two leica cameras in a rucksack along with portable darkroom.

* went to Krakow and the former Jewish District of Kazimierz which "looked as if it came from a book by Dostoyevsky : half-deserted, stripped of its past", then on to Nowa Huta, Lublin and Warsaw, snapping fetes, street fairs, children and daily rituals : http://ow.ly/ArWcx

* was interviewed about his visit in 2012 and said about Auschwitz : "I took that photograph because here were two children with some cows against this infinitely large and hateful fence with guard towers. I just think this worked somehow. I don't know why. It did. Hope for the future ? I think it was the best photograph there that I took in Poland at all."
https://www.youtube.com/watch?v=_UhzszqQpAo

* was obviously disappointed the photographs were not published and recalled that when the Cultural Attache for the Polish Embassy saw them she was furious that they didn't reflect a socialist utopia and recalled she said : "What do you mean taking pictures like this ?" I said : "What do you mean ? What are you talking about ?" She said : "Where are all the dancing people ? The cheerful faces ?" I said : "I didn't see any." 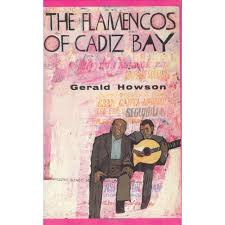 * to get time to write his flamboyantly candid memoir, 'The Flamencos of Cadiz Bay', which he published in 1965, accepted post Head of Photography Wimbledon School of Art where he remained until his retirement in 1992. 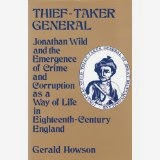 * devoted increasing amounts of time to researching and writing and in 1970 published 'Thief-Taker General: The Rise and Fall of Jonathan Wild' stating : 'The recent trials of Richardson and the Kray Brothers have brought the subject of organised crime in England very much in the news. It is tempting to wonder of many of the parties involved are aware that they have a common forefather in Wild, whose gangs ( in the 18th century) controlled North London and South London, and virtually the 'police' as well.' 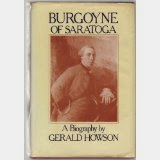 * concentrated in his writing on history's failures, with 'The Macaroni Parson' in 1973 based on the life of the Reverend William Dodd, disgraced chaplain of King George III, convicted of forging a bond for £4,200 from Lord Chesterfield and executed at Tyburn 1777 and  'Burgoyne of Saratoga' in 1979 based on the British General defeated and forced to surrender at Saratoga in American War of Independence in 1777. 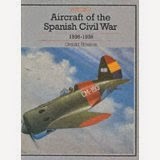 * in 'Aircraft of the Spanish Civil War' in 1990 produced and encyclopedia of those used on both sides, nationalist and republican and their clandestine importation and 'Arms for Spain: The Untold Story of the Spanish Civil War' in 1998, argued a thesis, contested by some leftwing scholars, that the Republicans had been cynically exploited by Soviet Russia, which made them pay for second-rate weapons with gold and above market price.

* saw the genesis of an exhibition based on his photos in Poland form when Bogdan Frymorgan was searching for for images for a 'Museum of 20th Century Polish History from Layperson's Viewpoint', discovered treasure trove of black and white photos stored in his chest of drawers in which "he did not want an overdrawn artistry to cover the task that he had to do : to immortalise the reality of the Gomulka-era Poland- depicting not in a false mirror, but showing the tuth through an aesthetically sensitive lens."

* saw his work appear in the exhibition and associated book, 'Gerald Howson: A Very Polish Affair' this year and 10 days before he died and despite his evident frailty, was surrounded by friends from the worlds of art, music and academia, at the opening of the exhibition of his black and white leica taken almost half a century before.

* said in his 2012 interview : "Why do we compose photographs for a camera ? Because you know when you look through it like that" (making a box shape), "that beyond the frame" (pointing left and right), the world goes on. It goes backwards behind you, the whole globe and above that, the heavens above. So we have to put some order in what we see by chance and then that puts the viewer in mind of the universality of everything you see. That's roughly it."
Posted by ...............................JohnBoy at 11:59