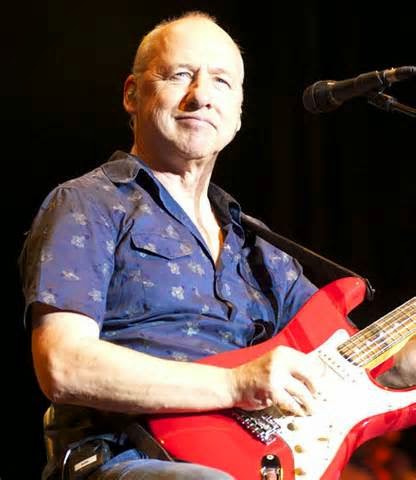 Mark Knopfler lead guitarist, vocalist and songwriter for the rock band 'Dire Straits', in which he played for 22 years from 1977 to its disbanding in 1995, is 65 years old today.

Things you possibly didn't know about Mark : he :

* was born in Glasgow, Scotland to an English mother and a Hungarian Jewish father, an architect whose communist sympathies had forced him to flee his native Hungary. 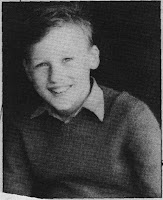 * settled in his Mother's home town of Blyth in the North-East of England when he was around 7 years old and at 11 went to 'Gosforth Grammar School.

* was was inspired by his Uncle Kingsley's harmonica and boogie-woogie piano playing and formed and joined anonymous schoolboy bands in the 1960's and at the age 16, made a local tv appearance as half of a 'harmony duo' along with a friend from school called Sue.

* displayed a flair for English and in 1967, studied journalism for a year at Harlow Technical College, got a job in Leeds as a junior reporter on the 'Yorkshire Evening Post' then studied for a degree in English at the University of Leeds. 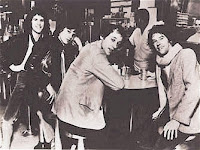 * worked as a part-time lecturer at Loughton College and played music with mates in a band called the 'Café Racers' before moving to London and joining a band called 'Brewers Droop' which made an album called 'The Booze Brothers'.

* played on an old acoustic guitar with a badly warped neck strung with extra-light strings to make it playable which he found impossible to play unless he finger-picked it and later said : "That was where I found my 'voice' on guitar." 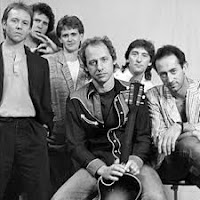 * made the first demos with 'Dire Straits' in 1977 including 'Sultans of Swing' which, when  released, became a chart hit in Europe, the USA and Canada and finally Britain.
http://www.youtube.com/watch?v=8Pa9x9fZBtY

* released 'Making Movies' in 1980, which contained his very 'personal' compostions 'Tunnel of Love' and 'Romeo and Juliet'.
http://www.youtube.com/watch?v=64vvX6-d_JY

* released 'Brothers in Arms'in 1985 and played in 1988 for the Nelson Mandela 70th Birthday Tribute Concert at Wembley Stadium bringing shivers to spines and saw it go on to sell 30 million copies worldwide.
http://www.youtube.com/watch?v=8Rt5tnpqFpM
.

* made the first video. with 'Money for Nothing', to be played on MTV in Britain, the first C.D. to sell a million copies, made a world tour in 1985–86 with 230 shows and great success and wrote the music scores for the films 'Local Hero', https://www.youtube.com/watch?v=5maW-BTJ2LE 'Last Exit to Brooklyn' https://www.youtube.com/watch?v=C0Z3d2VjAWM&list=PL257C587B5500F5CE and 'Wag the Dog' and sold over 120 million albums with 'Dire Straits'

*  in 1984, wrote the his scores for the films 'Cal' and 'Comfort and Joy', produced Bob Dylan's 'Infidels' album, as well as 'Knife' by Aztec Camera and wrote the song 'Private Dancer' for Tina Turner's comeback album of the same name.https://www.youtube.com/watch?v=d4QnalIHlVc

* joined the charity ensemble 'Ferry Aid' on 'Let It Be' in the wake of the Zeebrugge ferry disaster and saw it reach No.1 on the UK singles chart in 1987 and  wrote the music score for the film 'The Princess Bride'.
https://www.youtube.com/watch?v=xDSC_Nz3KhE 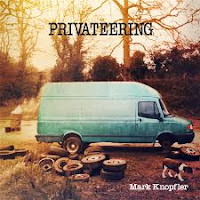 * released the follow-up to 'Brothers in Arms' in 1991, 'On Every Street', which with a mixed critical reaction, followed by a gruelling world tour which drove the band into the ground and ultimately led to its final dissolution in 1995 and him to launch his career as a solo artist.