Norman, who spent more than thirty years working as a coal miner before making a successful career as an artist, the last painter from the 'Pitman’s Academy', a pioneering arts community set up in the North-East of England in the 1930s, has died aged 94. http://ow.ly/A4SkJ

What you possibly didn't know about Norman, that he :

* was born in the first year of the First World War at Spennymoor, an erstwhile coal mining town in the Wear Valley, County Durham, http://ow.ly/zWntZ , grew up with his three younger brothers in a terraced house with no bathroom or lavatory, adjacent to old iron works and the gasworks and was already drawing at the age of four and remembered with pride winning a half penny prize at his Primary School for his drawing of a boot.

* at the age of seven in 1926, growing up in the deprivation his family suffered as a result of the General Strike, contracted diphtheria, the third biggest childhood killer, recovered and went on to pass his 11+ exam and attended the Alderman Wraith School, was passionate about painting and drawing, but after only three years, had to abandon his dreams of further education in either college or university and, in the face of his father's unemployment, as the eldest son, was forced to leave school and seek employment.

* got a job as a coal mine 'putter,' pushing coal tubs and at the age of 14 on Boxing Day 1933, at two in the morning and after a two mile walk, made his first descent underground at Ferryhill’s Dean and Chapter Colliery, notorious for accidents and known locally as 'The Butcher’s Shop', having signed on the dotted line and after the official had said to him, "You’ve just signed your death warrant, son."

* formed great respect for the men who risked their lives in the pit and later wrote : 'My mining career had begun. I had been dropped into a man-made world and I was to learn that the dangers of gas, stone falls, the darkness and the restricted space, were all to shape these men into industrial gladiators'.

* at the same time as his initiation as a miner, discvovered 'Spennnymoor Sketching Club', based in an arts and recreational centre under the aegis of the 'Spennymoor Settlement', set up in 1930 to give working-class families and the unemployed access to the arts with its library books of the work of Van Gogh, Toulouse Lautrec and Renoir as well as practical skills such as joinery and shoe repair.

* after visiting the Club's Annual Exhibition where he 'thought he was in wonderland', applied to join, at the age of 15, and later recalled that : 'the other members were all grown men, but I don’t think that I proved to be too much of a nuisance as I was keen to learn,' was encouraged by Settlement Warden, Bill Farrell (right) to paint 'the life he knew' and did so  compulsively in thousands of sketches which now form part of the 'Cornish Archive' at Northumbria University.

* working in watercolours, began to exhibit his work and made the transition to oil when an admirer of his work, a local woman who lived in a 'big hall', gave him the money to buy a set of oils and worked with miner Bob Heslop, blacksmith Jack Roach, decorator Bert Dees and later well-known painter of striking mining scenes, Tom McGuinness, in what became known as the 'Pitman's Academy' and began to exhibit at the Laing Art Gallery in Newcastle upon Tyne, sometimes described as the 'Royal Academy of the North'. 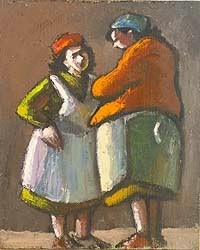 * portrayed life in the North-East’s mining communities : 1940s streets without cars with their knife-grinders, fish-and-chip vans, vendors with their horse-drawn carts, women in head scarves and men in pubs and later said he "was fascinated by the men standing at the bar drinking and talking, or playing dominoes" and took these memories with him "they live on. I simply close my eyes and they all spring to life".

* was 20 when the Second World War broke out in 1939 and as a coal hewer in the 'reserved occupation' of mining, was exempt from military service, forced to also serve as a fire-watcher after work, painted in his spare time and when the War ended in 1945, put on his first one-man show, at the People’s Theatre, Newcastle and two years later sold five of his paintings to Reg Revans, Director of Education for the newly-formed National Coal Board, for display at its London office.

* married Sarah who played the organ at the local Methodist Chapel where her father was a lay preacher and explained his own absence from services while he painted to the new minister by suggesting that his 'own special way of praying was using the gifts that God gave me' and said in his studies of Sarah knitting that he felt 'that her prayer-like attitude gave the pose a sense of sanctity and knitting was her way of praying, really, doing her best to keep our home and children together'. 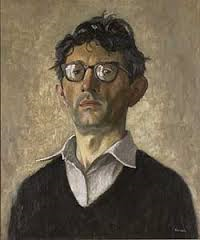 * at the age of 31 in 1950, was invited to help organise an exhibition in London entitled 'Art by the Miner' and exhibited his work alongside Henry Moore at a London West End gallery in an exhibition entitled ' The Coal Miners', in 1954 was invited to be part of a cultural delegation to Communist Roumania.and and throughout the '50s showed his work regularly in the North-East and in 1959 in the the Stone Gallery in Newcastle, which also showed LS Lowry and the Cumbrian artist Sheila Fell and sold two works to gallery patron, Conservative Prime Minister Edward Heath, a source of wry amusement to him coming as he did from a staunch socialist background. 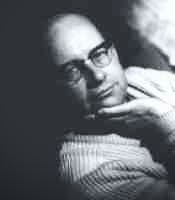 * in 1960 had his work summed up in an article in the 'Guardian' by his friend, fellow miner and alumnus of the ‘Pitman’s Academy’, Sid Chaplin, known for his novels, short stories and tv screenplays : 'Time is defeated; the demolished houses, the dying woman, are there in paint. The derelict is whole again. The living are caught before they go; the pigeon fanciers, corner-enders, off-shift miners squatting on their hunkers and soaking in the sunshine and the good crack. In a moment the bus will come and the buzzer blow for the backshift. Now it is all recorded, time cannot take away the seven ages of man and woman - his grandmother, sister, wife and daughter; or his father and brothers, his friends and pit marras.'  http://ow.ly/A0uZm

* in 1962 was commissioned by County Hall in Durham to produce a 30ft mural depicting local life and was granted 'unpaid leave of absence' from his mine to finish the work and in the following year, with Sheila Fell, featured in the BBC television  arts series, 'Monitor', introduced by Sir Hew Wheldon and produced by a young Melvyn Bragg in a programme entitled 'Two Border Artists' which contrasted her expressionist landscapes with his social observations.

* at the age of 47 in 1966, suffering from back problems, was forced to leave his job in the mine and with Sarah's encouragement, committed himself full time to his art and within a few months was asked by Tyne Tees Television to spend a week in Paris filming 'Cornish in Paris' and after his first trip to the city and by plane, appraised its art through the eye of a northern artist and went sketching on the street : the elderly man with cap and stick, the bulky woman laden with bags,  and characters in restaurant and bar scenes hunched over a glass of wine rather than a pint.

* when interviewed by Gordon Burn in 1970 for a piece in 'The Journal', said he was "fed up to the back teeth" being called "the pitman painter" and "I'm sick of being looked at like some kind of zoo animal or specimen. You know the sort of thing ...out of the depths comes this bloke and he paints his pictures. It assumes that a man in a mine is not up to writing or painting or playing music, but it simply isn't true."

* gained public recognition in 1974 when he was awarded an honorary MA by Newcastle University and at the age of 70  in 1989, published his autobiography, 'A Slice of Life', with an introduction by Melvyn Bragg and in the same year had a major retrospective at the University of Northumbria Gallery and in 1992 a one-man exhibition at the same venue and in 1997 he presented a substantial number of his pictures to the University for its permanent collection.

*  in 2009 was the subject the book, 'The Quintessential Cornish', by Robert McManners and Gillian Wales and in 2011 at the age of 92, told the BBC he was still working every day and that painting was like an "itch that you have to scratch".

* once said of himself that he was : "an average person who just draws and feels very deeply about people."