Britain said " Happy Birthday" to Julie Christie and old men remembered a time when, as boys, they could have spent their dinner money on her 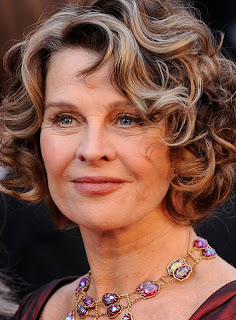 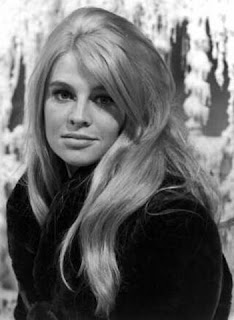 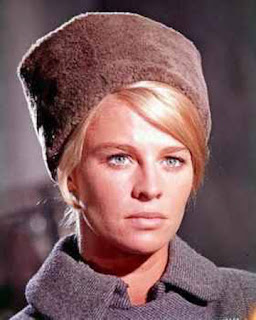 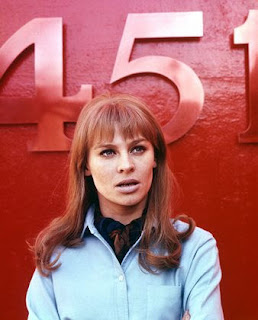 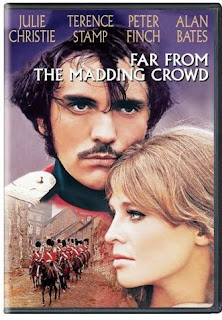 Julie Christie today and in t.v. and films - top to bottom :

Julie Christie was 69 years old on Monday. Things you probably didn't know about her :
* born in 1941 in , Assam, India where her father ran tea plantations.
* her mother was a painter from Hove in Sussex.
* she had a brother, as well as a half-sibling from her father's affair with an Indian mistress.
* back in England studied as a boarder at the independent 'Convent of Our Lady School' in St. Leonards-on-Sea, East Sussex, from which she was later expelled.
* as a teenager at Wycombe Court School, she played the role of the Dauphin in a school production of George Bernard Shaw's 'Saint Joan'.

I first remember seeing her in the 1961 science fiction series on BBC television called 'A for Andromeda'. I was 14 and she was 20.
http://www.youtube.com/watch?v=zvcC2T2TQOc

Then, when I was 16 she played Liz, the friend and would-be lover of the eponymous 'Billy Liar' who was played by Tom Courtenay.
http://www.youtube.com/watch?v=m54NABR2pEw

In that same year
From 'The Kinks'rock band, Ray Davies wrote 'Waterloo Sunset'
The story : http://en.wikipedia.org/wiki/Waterloo_Sunset
The song : http://www.youtube.com/watch?v=fvDoDaCYrEY
The lyrics :

Dirty old river,
must you keep rolling,
flowing into the night.

But I don't feel afraid,
as long as I gaze at Waterloo Sunset,
I am in Paradise.

Every day I look at the world from my window,
chilly, chilly is the evening time,
Waterloo Sunset's fine.

Terry meets Julie,
Waterloo Station,
every friday night.
But I'am so lazy,
don't want to wonder,
I stay at home at night.

But I don't feel afraid,
as long as I gaze at Waterloo Sunset,
I am in Paradise.

Every day I look at the world,
from my window,
chilly, chilly is the evening time,
Waterloo sunset's fine.

Millions of people,
swarming like flies round,
Waterloo Underground.

But Terry and Julie,
cross over the river,
where they feel safe and sound.
And they don't feel afraid,
as long as they gaze at Waterloo Sunset,
they are in Paradise.

When I reached 21 she played the lead character, Petulia Danner, opposite George C. Scott, in Richard Lester's 'Petulia'.
http://www.youtube.com/watch?v=UqNNEBK41mU