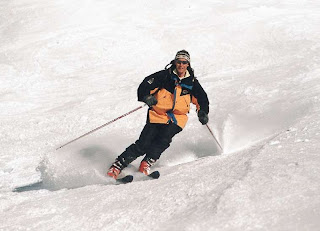 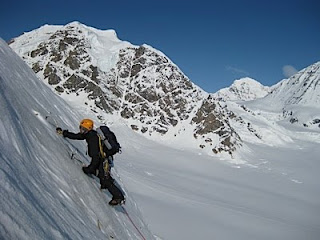 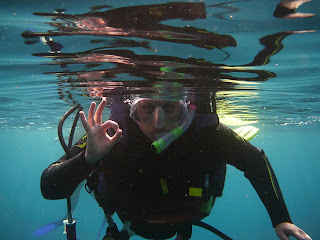 The 'Sunday Telegraph' ran an article yesterday which stated that :

'Pensioners indulging in extreme sports have caused a sharp rise in the number of over-70s being injured or killed, according to new figures'.

* Normally the preserve of teenagers and 20 somethings, dangerous sports are attracting an influx of pensioners.

* Nearly 20% of all injury claims resulting from sports such as diving, mountaineering and skiing, were made last year by Britons aged 70 or over compared to just 5% in 2006.

* Taking part in hazardous activities isn’t cheap and it is often only later on in life that you have the money to do it.

* More than 33% the 212 people in British scuba diving incidents requiring medical treatment last year were over 50. This is no surprise since people are living longer, are fitter and have more money to spend on leisure activities.

The article elicited 3 comments which I've picked out :

The first, was really nothing to do with ' extreme sports', but I liked it anyway :

'Looking at the shocking state of the UK, my wife and I intend when I retire to sell up, buy a motor home and tour Europe until we pop our clogs. It may be we sell that and tour Australia. Who knows, but who really wants to be over 70 and moldering away in the UK with decaying cities, congested roads, youths sniffing 'plant food', mindless mass-media, corrupt politicians and ,it had to be there, terrible weather ?
I'm in my fifties at the moment and I won't die in this country. If more retired people choose to spend their time enjoying the world then statistically more of them will die will doing it. I intend to help those statistics along.

Now that the older generation have the opportunity and finances to partake in a range of sports it is obvious that injuries and deaths will increase. Would you prefer to sit at home vegetating on day-time TV, or get out there and live your life and enjoy yourself.