Britain, still one of the top ten richest countries in the world, is also one where one of its biggest debt charities has warned of a crisis among old men and women  over the age of 60, with record numbers facing insolvency.


'Step Change', which offers counselling and debt management advice, said 13,148 people aged 60 and over, equal to around 36 a day, sought help last year, compared with 9,628 in 2009 with the total up by 40% since the economic recession began.

The facts about this age group are that : 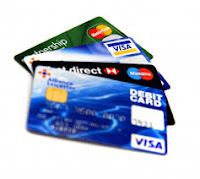 * they have larger debts than any other age group, owing on average £23,000, while the typical debts of the rest of those contacting the charity are around £17,650.

* this only includes their 'unsecured debt's' such as credit cards, overdrafts, personal loans and payday loans and for those who have a mortgage, classed as a 'secured debt', the total burden is even larger.

* credit cards are fuelling their problem with debtors typically having more than £15,000 of unpaid credit card bills, around £5,000 more than the average for all other age groups. 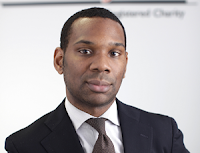 Delroy Corinaldi, one of the charity’s directors, said:
"The rise in the number of older people seeking help from the charity, along with their higher than average debt levels is very worrying. Whatever someone’s income level during their working life, most would expect to be in a stable, if not comfortable, financial situation when they are older."

He also said that last month’s increase in the state pension of just 38p a day from £107.45 to £110.15 a week or £2.70 a week, barely scratches the surface of the problem.
"The increase does not keep pace with the rising cost of living that everybody, including pensioners, is facing."

Official figures show more than 193,000 old men and 111,000 old women at and over the age of 70 are still working in Britain with many saying that they are too poor to stop working.

Britain in 2013 : not a happy country for many debt-ridden and still-working old men.