Britain is still a country for and says "Happy Birthday" to an indefatigable, old film and television exponent called Michael Palin

Michael has had a long career in and is a great believer in the power of television :
"It's such a direct form of communication. You're in people's homes. With the travel shows I still find it unbelievable that we'd get audiences of 7.5 million when we crossed the Sahara. If you introduced it by saying: 'Tonight we look at Mauritania, a country that survives on iron-ore exports', people would switch off – but we took them there, to places they'd never go. That's something only television can do."

What you possibly didn't know about Michael is that he :

* was born in Broomhill, Sheffield, West Riding of Yorkshire in 1943, during the Second World War, where his father was a Cambridge educated engineer working for a steel firm and before he was born, his maternal Grandfather had been a Lieutenant-Colonel in the Army and High Sheriff of Oxfordshire.

* had his first acting experience at Birkdale Prep School, playing Martha Cratchit in a school performance of 'A Christmas Carol' and at the age of 10, made a comedy monologue and read a Shakespeare play to his mother while playing all the parts.

* after attending Shrewsbury School, in 1962 went to Brasenose College, Oxford where he 'read' modern history and met Terry Jones and wrote and performed with him in the Oxford Review.

* in 1965, became a presenter on a comedy pop show called 'Now!' for the Television Wales and the West and started to write comedy with Terry for 'The Ken Dodd Show', 'The Billy Cotton Bandshow' and 'The Illustrated Weekly Hudd'. 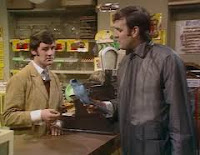 * continued to work with Terry after 'Python', co-writing 'Ripping Yarns' and appeared in 'A Fish Called Wanda', for which he won the BAFTA Award for the 'Best Actor in a Supporting Role'.
https://www.youtube.com/watch?v=SmVGMsMws9Y

* starred as Dennis the Peasant in Terry Gilliam's 1977 film, 'Jabberwocky'
https://www.youtube.com/watch?v=UuS8NaHNLyk
and co-wrote 'Time Bandits' with him, in which he also appeared. 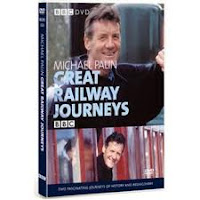 * made his first travel documentary as part of the 1980 tv series 'Great Railway Journeys of the World', in which, humorously reminiscing about his childhood hobby of train spotting, he travelled throughout Britain by train.

* in 1982, wrote and starred in 'The Missionary' with Maggie Smith, playing the Reverend Charles Fortescue, who was recalled from Africa to help prostitutes.
http://www.youtube.com/watch?v=Vny8FJLWN8w

* has appeared in serious drama working as producer and actor in the film 'American Friends' based upon a real event in the life of his great grandfather and played the part of a headmaster in Alan Bleasdale's tv drama series, 'G.B.H'.
https://www.youtube.com/watch?v=3bAnWapmD2c

* began a new career as a travel writer and tv documentary narrator who visited the North and South Poles http://www.youtube.com/watch?v=ZUeGTTzZk-k
the Sahara Desert, the Himalayas, Eastern Europe and Brazil and from 2009 to 2012, was the President of the 'Royal Geographical Society' and is the President of the 'Campaign for Better Transport'.

* in November 2008, presented a First World War documentary about Armistice Day, 11 November 1918, 'The Last Day of World War One', when thousands of soldiers lost their lives in battle after the war had officially ended.
https://www.youtube.com/watch?v=x8s5QYwYtuY

* in  2010, sent a message of support for the Dongria Kondh tribe of India who were the construaction of a mine on their land saying :  'I’ve been to the Nyamgiri Hills in Orissa and seen the forces of money and power that Vedanta Resources have arrayed against a people who have occupied their land for thousands of years, who husband the forest sustainably and make no great demands on the state or the government. The tribe I visited simply want to carry on living in the villages that they and their ancestors have always lived in'.

* says of his long and varied career that : "It's been a series of lucky accidents. I wouldn't claim any credit for the choices – it's always someone else who's spotted something in me, from Monty Python to the travel shows."