Bitain is still a country for and says "Happy Birthday" to a very old Glaswegian actor, comedian and impressionist called Stanley Baxter 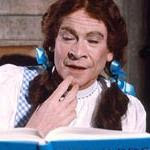 I remember Stanley in one of his tv sketches, many years ago, in which he played the character of a little girl looking up the soap bubbles on his mother's hands, in a take off of the 'fairy liquid' washing up detergent and saying " Bubbles Mummy", only to receive a smack across the face from the hand.

What you possibly didn't know about Stanley, who is 87 years old today is that he  : 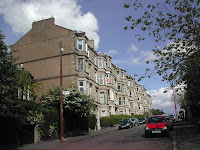 * was born in Glasgow, the son of an insurance manager and learned to make kids laugh at school so he wouldn't get beaten up and before that, his earliest memory was walking with his father in their street, Glasgow’s Fergus Drive, and singing "There was a wee man who lived in the moon..."

* found his father did everything he could to discourage him from making a career in show business but  his mother, Bessie, who "desperately wanted to be an actress", lived her unfulfilled ambition vicariously through him and dragged him from one church hall to another to entertain audiences.

* said that : "aged seven, I was impersonating Harry Lauder and Mae West without knowing who they were, I copied my mother’s impressions and she also gave me stage directions."

* was 13 when the Second World War broke out in 1939 and when Clydebank was blitzed by German bombs, went to a little holiday flat in Millport on the Isle of Cumbrae, with his mother and was educated at the only school on the island and "had a very happy year and a half. I rode my bike all the time: they didn't ask you to do any homework."

* back in Glasgow, was seen in a church hall doing doing impersonations, by a producer for the BBC's Scottish 'Children's Hour' and signed up for 100 broadcasts standing on a box to reach the microphone and earning a guinea a show in which he "would perform in little adventure stories. We'd get in an old boat and it would drift out to sea just as the episode was coming to an end."

* left school and studied music at the Scottish Royal Academy of Music, followed by a spell in the Army for National Service in the Far East , where he was posted to the 'Entertainment Unit' and he compered and produced shows, in huts, tents and anywhere else that could be used as a theatre working alongside comedy actor Kenneth Williams, film director John Schlesinger and dramatist Peter Nichols, who used the experience as the basis for his play 'Privates on Parade'. 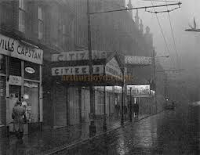 * left the Army and worked at Glasgow’s 'Citizens Theatre' and in its presentation at the Edinburgh Festival, 'The Thrie Estaites', which was "a wonderful experience," and "Tyrone Guthrie was the producer and was one of the few people who ever brought light, movement, and good entertainment to Edinburgh's dour Assembly Hall, where their other annual function concerned the very serious Convention of the Moderators of the Church of Scotland."


* performed in the original production of Joe Orton's, then controversial farce, 'What The Butler Saw' at the Queen's Theatre in 1969 and in the West End with Sir Ralph Richardson, Coral Browne and Hayward Morse.

* in Bing Crosby's 'Christmas Special ' a few weeks before his death in 1977,  played multiple roles, including a butler, cook, Charles Dickens and in one skit, opposite a cracking-up Bing, the ghost of Bob Hope's court jester ancestor. 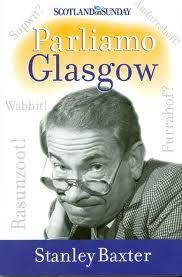 * in his sketches for  'Parliamo Glasgow', conceived as being written by a fictitious scholar visiting Glasgow, took the patois of the city and developed it to comic effect with, for example, a local market, asked : "Zarra marra onna barra, Clara?", which he then translated as : "Is that a marrow on your barrow, Clara?".
https://www.youtube.com/watch?v=T_Lk7qivXbw

The Nation Speaks in 1973 :
http://www.youtube.com/watch?v=e2eOaOVAsMI 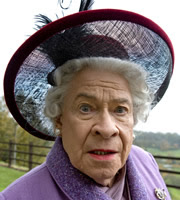 Teach yourself to speak Scottish :
http://www.youtube.com/watch?v=IMnKPnPhhYw

* was rated as the 'greatest pantomime dame' of the century in Scotland,  a master of the double entendre and the quick, stunning costume-change and played his last Mother Goose, at the King's Theatre, Glasgow, at the age of 65 in 1991.

* in 1994 he returned to radio, taking the role of Noel Cowad in the BBC World Service 'Play of the Week', 'Marvellous Party' he also read 'Whisky Galore' and 'Jimmy Swan - The Joy Traveller' for BBC Radio, providing the voices of all the characters.

* after a lengthy spell in self-imposed retirement, at the age of  78, in 2004, featured in a series of three half-hour radio sitcoms for BBC Radio 4, entitled 'Stanley Baxter and Friends'.

*  has written a number of books based on the language of Glasgow, as developed in his 'Parliamo Glasgow' sketch and on the humour of the city , 'Bedside Book of Glasgow Humour ', 'Parliamo Glasgow Omnibus '',Let's Parliamo Glasgow Again - Merrorapattur' and 'Stanley Baxter's Suburban Shocker : Featuring Rosemary Morningside and the Garrulous Glaswegian Mr. Ballhead'.

* in a Christmas 2008 Special for ITV, used a mix of archived and new material, with celebrity comedians commenting on Baxter's influence on their lives and careers.

Stanley, your humour is timeless. Britain says : "Thanks for the many laughs over many years."