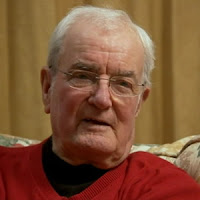 Comedy scriptwriter Eddie Braben, who has died aged 82, was best known for his 14-year association with the television comedians Eric Morecambe and Ernie Wise and in so doing brought laughter into the lives and homes of 20 million of men women and children each week, in Britain, .in the 1970's. It was thanks to him that Wise started talking about the plays "what he had wrote – sometimes 26 in one day" with celebrities from other spheres ready and eager to take part.

What you possible didn't know about Eddie, that he :

* was born in Liverpool in 1930 and while still at school, loved writing jokes and dreaming that one day famous comedians would use them, sent bundles of them to stage and radio comedians and, at the age of 15 in 1945, one of them, Charlie Chester, bought one.

* his father, a butcher in St John's Market, invested in a fruit and vegetable stall for him to work at after he had left school and finished his national service in the Royal Air Force in the 1950s. 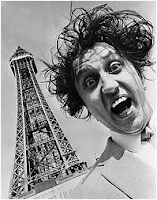 * hated crying his wares from the stall and was reduced to monosyllabic grunts when comedian Ken  Dodd ( right ) was appearing at the Empire Theatre in Liverpool and sent him a letter, met him and began to write for him. 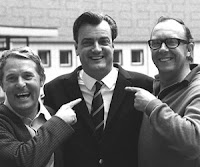 * was 39 when his most famous collaboration, with Eric Morecambe and Ernie Wise, began after the BBC's  Head of TV Light Entertainment, Bill Cotton, suggested they work together.

* burned the midnight oil, typing 30 pages of sketches and routines for the duo and when they met and read it, they laughed so much, Eric had to take his spectacles off to wipe his eyes before they declared they couldn't do the material until Cotton convinced them otherwise and their first Braben-written show went out in July 1969.

* set about reshaping the duo's on-screen personas, introducing more elements of their off-screen friendship into their act, exaggerated for comic effect, such as having them live together and even innocently sharing a bed in their BBC sketches.
https://www.youtube.com/watch?v=EFgdhZGLJrY

* played a key part in the duo's success throughout the 70s, with their BBC 'Christmas Specials', in particular, becoming 'must-see' festive event and later said : "The real pressure came when I was sat in front of that typewriter with all those blank pages and there was a deadline and there was nothing happening. That's when you realised there were 20 million or 25 million people looking over your shoulder – all saying 'Make me laugh'."
https://www.youtube.com/watch?v=-zHBN45fbo8

* in 1972, gained a Special Bafta Award for his 'outstanding contribution to television', but in the same year  suffered a nervous breakdown, brought about by overwork and over-worrying about it, recovered and went on to write for many other shows with high ratings in the 1970s, for David Frost, Ronnie Corbett, Little and Large, Les Dawson and Jim Davidson.

* in 2001, collaborated on the 'Olivier Award' winning, 'The Play What I Wrote', a tribute to the relationship between Morecambe, Wise and himself and published his autobiography,'The Book What I Wrote',  in 2004.

* was interviewed by Miranda Hart this year : https://www.youtube.com/watch?v=eF8Qct_hfDs

So, middle aged Brits who laughed at Eddie's scripts when young and old ones like me who laughed when middle aged say : "Thanks Eddie, for bringing a little sunshine into our lives."
https://www.youtube.com/watch?v=H5KJc-qOvuw 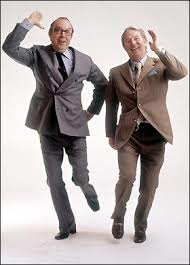