Britain is no country for old men with dementia without support and in the dark about what is happening to them.

Dementia, an incurable brain condition,  is a problem which mainly afflicts old men and women and Jeremy Hunt, the Government Health Secretary, has said that the National Health Service has shockingly low dementia diagnosis rates, with 350,000 of the estimated 670,000 people with dementia unknowingly living with the condition. Given the fact that there are more old men than old women in Britain, that means that there are about 150,000 old men who don't know that they have the condition and therefore are not seeking help to alleviate the symptoms..


Last year he said :
"As with cancer in the past, too many health and care professionals are not aware of the symptoms. Some even believe that without effective cure there's no point putting people through the anxiety of a memory test, even though drugs can help stave off the condition for several years. It is this grim fatalism that we need to shake off not just within our health service but across society as a whole." 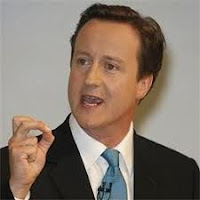 "Dementia is a devastating disease – not just for sufferers but for their families and friends too.and as more people live longer, it is fast becoming one of the biggest social and healthcare challenges we face. Families, communities, health systems and their budgets will increasingly be strained as the number affected increases and so we need to do all we can to improve how we research, diagnose and treat the disease. That's why we're using our G8 to bring together health ministers, clinical researchers and healthcare companies. If the brightest minds are working together on this then we've got a greater chance of improving treatments and finding scientific breakthroughs. I've said before that we need an all-out fight-back against dementia that cuts across society. Now we need to cut across borders and spearhead an international approach that could really make a difference."

So old men and women of Britain, take heart for :

* targets are to be set to diagnose another 160,000 of you with the condition.
* the 'postcode lottery' of diagnosis, which has resulted in doctors in some parts of the country where you live accepting less than a third of you with the condition as being in need of support. is to end.
* the annual funding of dementia research will be increased to around £66 million.
* with experts predicting that by 2021, 1 million of you will be living with dementia, politicians eager for your votes are on your case.

Jeremy Hughes, the Chief Executive of the Alzheimer's Society, welcomed the Government's announcement and said :
"There is surely no other condition where we would tolerate people living without treatments, without support and in the dark about what is happening to them. This is exactly what is faced by the 54% of people with dementia who never receive a diagnosis. This ambition from the National Health Service to significantly improve diagnosis rates in two years demonstrates real leadership. It is a key step in improving the lives of people with dementia."

So, a summit on dementia will be held in London in September, bringing together health and science ministers, senior industry figures and the Organisation for Economic Co-operation and Development
to spearhead an international approach designed to help old men and women with dementia around the globe. 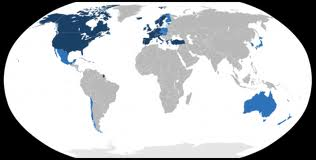