Britain, once a country where an old politician called Geoffrey Howe spoke of 'broken cricket bats' and now one where a very old one speaks of 'broken levers' 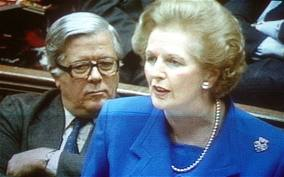 Geoffrey Howe is an 86 year old politician with a long pedigree in the job and the 'gravitas' which goes with it, who in the 1980's held the greatest offices of state as Chancellor of the Exchequer, Foreign Secretary and Deputy Prime Minister in the Government of Margaret Thatcher. It was, however, the style of his resignation from her government in 1990, when he was 64, that he is best remembered.
Geoffrey's resignation was based on his disagreement with the way in which Mrs Thatcher His resignation was based on his disagreement with the way Mrs Thatcher was handling Britain's relations with the European Community and in his famous resignation speech in the House of Commons on 13 November, he attacked her for running increasingly serious risks for the future of the country and criticised her for undermining the policies on European Monetary Union  proposed by her own Chancellor and Governor of the Bank of England. He offered a striking cricket simile for British negotiations on EMU in Europe when he said :

"It is rather like sending your opening batsmen to the crease, only for them to find, as the first balls are being bowled, that their bats have been broken before the game by the team captain". He called on others to "consider their own response to the tragic conflict of loyalties with which I have myself wrestled for perhaps too long".
https://www.youtube.com/watch?v=kvyAMjGSoKQ : click above the clock on the bottom bar.
His speech was widely seen as the key catalyst for the leadership challenge of Michael Heseltine a few days later, as well as Mrs Thatcher's subsequent resignation as Prime Minister and party leader on 22 November 1990, after failing to win a vote in the first ballot by a sufficient margin to prevent a second ballot.
https://www.youtube.com/watch?v=xYGM7P3AWlE
Now, 23 years later and once again over the issue of Britain's relations with Europe, speaking of Prime Minister, David Cameron, he said in an article published yesterday in the 'Observer' newspaper : 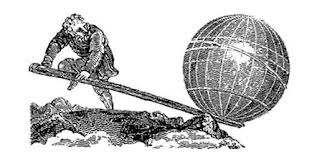 'Sadly, by making it clear in January that he opposes the current terms of UK membership of the European Union, the Prime Minister has opened a Pandora's box politically and seems to be losing control of his party in the process...

Archimedes said: "Give me a place on which to stand and lever long enough, and I will move the world." British foreign policy should be about maximising and exploiting the levers we possess – whether through Europe, the transatlantic relationship or the Commonwealth – not breaking them or throwing them away.

In this context, I have yet to meet any significant western political figure from beyond our shores who can understand why Britain would even contemplate leaving the European Union which is now a key point of leverage for this country in the modern world.'
Geoffrey's full article :
http://www.guardian.co.uk/commentisfree/2013/may/18/david-cameron-control-geoffrey-howe


One letter to the newspaper read :
'To destroy one Tory PM, Mr Howe, may be regarded as a misfortune; to destroy two looks like carelessness'. 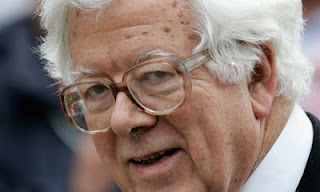