An article in the 'Daily Mail' today was entitled :

Hospital staff forcibly shave off 70-year-old moustache from sergeant major, 86, and say he is 'lucky to be receiving care'

It told the story of 86 year old ex soldier and grenadier guardsman, Ken Perkin, who :

* had injured himself in a fall in the annexe where he lives at his son’s house in Worcester Park, south-west London in February and was taken first to St George’s Hospital in Tooting, south-west London, before being transferred to Kingston two weeks later and spent five weeks there because of hospital infections he acquired.

* claims a  nurse pointed at his moustache which he'd had for 70 years and said, "We’ll have that off while we’re doing it" to which he replied : " No you’re not, I’ve had that since the War and I want to keep it. "
* had the nurse go ahead, saying: "We’ll make you look about 17 again."
* was told, after his son raised his concerns with the ward matron : "You are lucky we are still caring for you after your son complained about us."
*  has now begun to regrow the moustache that he has worn with pride since he was called up aged 18 durung the Second World War in 1944. 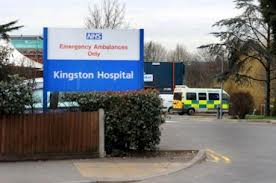 Social services told his son the nurse was South American and hadn’t understood she was not meant to shave him completely.
A spokesman for Kingston Hospital said investigations established that the incident had been "an innocent and unfortunate mistake" by a nurse. " The nurse wanted to tidy and clean him up and did not shave his moustache off intentionally,’ she added. ‘We are all truly sorry for any distress this has caused Mr Perkin."
The sad thing is that the indignity with which Ken was treated does not surprise me.