Britain, in winter, is no place for old men but still a place for Sandie Shaw 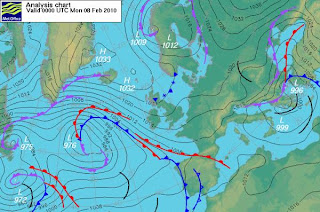 It's snowing again and the forecast for this week and next week is bleak.

Look at that high pressure system to the right of Scandinavia. That's the one which will drag in cold air from Siberia which will feed into Western Europe and bring the snow and icicles back into Britain by the end of this week and into next week.

COLD AND WINTRY WEEK AHEAD

The next couple of weeks look set to be cold and increasingly wintry across the UK, with an increasing chance of sleet or snow. The first half of the coming week should be mostly dry, although in the east there will be some wintry showers at times.

During the second half of the week we expect it to turn even colder, with sleet and snow showers becoming heavy in central and eastern regions.

By the weekend there may well be some significant accumulations of snow, particularly in the east, with a white Valentines day possible.

Overnight frost will also become sharp and widespread, although the longer daylight period at this time of year means that in most places temperatures should continue to rise just above 0c.

The following week looks likely to remain cold, although we may switch from an easterly air stream to a northerly one. This is likely to increase the snow risk for northern areas.

February often brings the UK its most wintry weather, with the coldest conditions frequently coinciding with Valentine's Day, and it looks as though this pattern may well occur this year.
http://www.theweatheroutlook.com/

On February 18th 1947, I was a 5 month old foetus snug in the womb, while outside my mother endured the worst winter weather of the century. 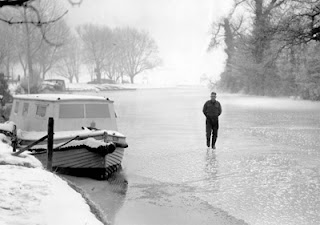 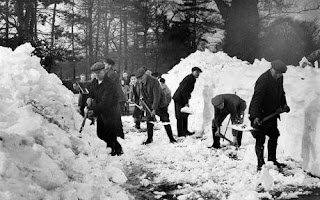 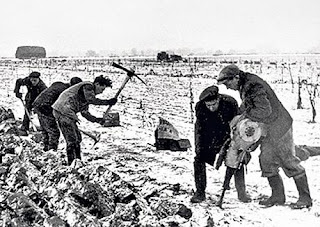 
Always Something There To Remind Me : 1964
http://www.youtube.com/watch?v=DsB-_le-VEg