Is Britain is no longer a country for 'Angry Young Men' like Osborne, Sillitoe, Mercer and Storey ? 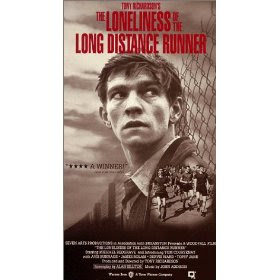 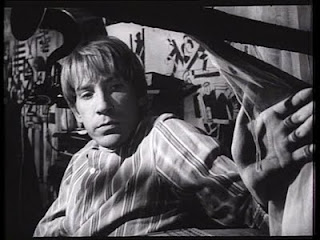 When I was a student at Sussex University over 40 years ago, I chose a course about the literature of the Post-Second World War ' Angry Young Men'. It was a course designed for us students by the left wing dons at Sussex.

It was a time when we reflected on 'Post- War Anger' and still felt angry about politics in particular and the world in general, in a way that I think no longer stirs students on university campuses today. Sad. I think all countries need 'Angry Young Men' to ask questions and criticise 'The System' before, they too, become part of their Establishment.

Out in front was 'Look Back In Anger'written by the late John Osborne in 1956. The film starred the late Richard Burton :
http://www.youtube.com/watch?v=wKk5gzEhphY

' The Loneliness of the Long Distance Runner' in 1959 was written by the now, 82 year old Alan Sillitoe and starred the now 73 year old Tom Courtenay.
http://www.youtube.com/watch?v=q0FJdzPnUjw

Then, 'Morgan, a Suitable Case For Treatment' in 1962. Written by the late David Mercer, the film starred the now, 69 year old David Warner.
http://www.youtube.com/watch?v=iNEWimL7-vw

'This Sporting Life' in 1963. Written by the now, 77 year old David Storey the film starred the late Richard Harrishttp://www.youtube.com/watch?v=Ckb15MUOiks