Britain's old grandpas, you have a champion in Baroness Deech 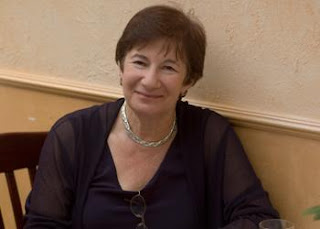 I met an old friend for lunch in a Kentish pub yesterday. He is 67 years old and a grandfather. What's more, at the moment, he and his wife have their 8 and 11 year old grandsons living with them. The fact that the television is loud in their bedroom and the living room floor strewn with toys are minor factors in their lives.

By coincidence, at the very moment I was talking to my friend, Baroness Deech, who is a Senior Law Lord in the House of Lords, was making a speech at Gresham College in London.

She made the point that wealthier grandparents give money to grandchildren for houses and higher education and many provide unpaid childcare. She said : 'There is a dearth of affordable childcare and an attempt to meet it by conscripting grandmothers.' By babysitting - an average of 16 hours a week - they save families some £50billion a year.

Her point was that, despite all this, the number of elderly people ending up in care homes is on the rise.

'In return for all that grandparents do, should there not be an obligation to keep them, and to keep parents, and reciprocate the care that was given by them to children and grandchildren in their youth?'

She called for a return to the values of the Elizabethan Poor Law, which, until it was repealed by Labour in 1948, forced families to look after those who had brought them up.

She said in some U.S. states and Singapore, family members still have a responsibility to look after aged relatives.

She conceded, however, that the welfare state was so embedded in British society, that it would probably be impossible to force grandchildren to meet financial obligations.

Later in the afternoon when she was interviewed on the PM radio programme, she said that the idea also wouldn't work because families were too fragmented and, in addition, the care of elderly relatives would fall unfairly on the shoulders of women.

The Baroness, however, has raised the debate and her arguments about the contribution the older generation have made and are still making stand in contrast to those of Shadow Cabinet Minister, David Willets who argues that the elderly are both wealthy and avaricious and an increasing burden on the young. (See my postings for January 18th and 20th).