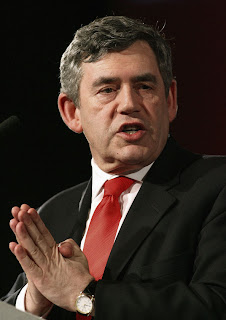 The 'Guardian Newspaper' journalist, Alexander Chancellor told us readers on Friday that :

* The Prime Minister, had invited him to a reception in Downing Street next week, the purpose of which was, to ' celebrate our ageing society'.

* Having just turned 70, he wrote : 'I am clearly ageing, I cannot imagine either, why I have been asked, or can imagine why, an ageing society is something to celebrate'.
* He went on, along the lines that, as 'everybody knows', our ageing society is 'a worry'.

* He had read two reports in newspapers which said that more than 100,000 British workers were forced to retire last year at 65, although they 'couldn't afford to' and 'didn't want to'.

* The second report said : 'By the middle of this century, people will have to wait until 70, for their state pensions, if the country is going to be able to afford to pay them'.

* Alexander said : 'One might conclude that now is a grim time to be getting old'.

* He went on to say : 'this is not a widely voiced opinion'. It is more fashionable to maintain that the old have never had it so good, or been healthier, happier and more vigorous.

* He said that this seemed to be borne out by a survey showing that the average person is happiest at the age of 74.

* Having asked 21,000 men and women : 'how happy they were at different moments in their lives?', analysts found that they reached their peak of happiness at the age of 74.

* He wrote : 'That is what we all hope will happen to us in old age, but alas, we can't count on it. Not everyone is granted serenity with the years. 'I know almost as many anxious, dissatisfied and insecure old people as I do contented ones'.

* He went on :
' Poverty and ill health are the enemies of happiness, so I wonder, if we should totally trust, the surveys findings.'

* He perceived that : ' Old people know :'the young long for them to be happy so they won't have to feel guilty about them' and know that 'if they aren't happy now, there won't be many future opportunities, since the grim reaper cannot be indefinitely delayed'.

* He noted that ' everything written nowadays about old age doesn't really mean anything any more, like :

'You're only as young as you feel', just adds pressure on old people to respond positively to questions about their state of mind.

* he noted that he didn't ' that most old people aren't happy, or that the outlook for them isn't now as good as it ever has been'.

* He was at pains to point out that he would : ' like it to be recognised that old people have no more a duty to be happy than teenagers have and that it is no more abnormal for them to feel depressed than it is for anybody else, whatever their age'.