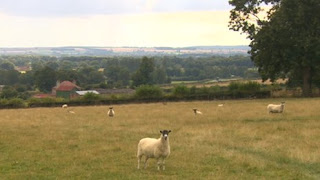 David, a local government councillor for Ryedale District Council, pressed the wrong button on an electronic voting machine and so approved planning permission for a housing scheme worth £25 million to £50 million that he had strongly opposed.
As a result, residents of Kirkbymoorside with a population of 3,000 in beautiful Ryedale are fuming at him for accidentally saddling them with an estate of 260 new homes they don’t want in a field on the outskirts of their quiet market town.

Mayor Chris Dowie told the BBC: "I’m furious that this application has gone through as a result of what would seem to be a mistake and that this beautiful part of Ryedale, just outside our town, is going to built on." 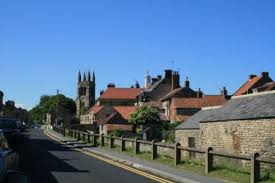 Frank Youren, an 83-year-old retired engineer who objected to the scheme, is ‘appalled’, saying: "This is so clumsy. The future of this small town hangs on what he did. It’s going to be terrible."

In addition, the bilious population of cyberspace has weighed into the attack, calling David : 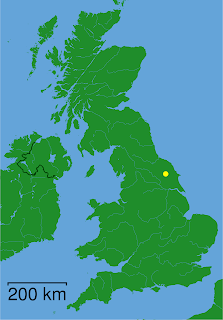 an ‘out-of-touch old fogey’
a ‘twit'
a‘buffoon’
and advising him to make way for ‘someone with all their faculties’.

'Tig 'from Chesterfield sums up what seems to be the general mood when she comments:
‘And that bumbling old fool makes decisions that affects (sic) many people’s lives. Resign now, you doddering idiot, before you destroy many more lives.’

What is particularly noticeable and unfair is the way so many of his critics have focused on his age, as if this explains everything and no younger man or woman would be capable of making such a mistake.

Indeed, many of his critics seem to be suggesting that no one over 70 has any business to be serving on a local council, without thinking that any such exclusion would further disenfranchise the country’s already neglected old men and women, while robbing local government of some of its wisest and most dedicated public servants.

In mitigation for the old man, you could say that he ought to have remembered that this was a motion to reject the application for permission to build the new estate — which meant he should have pressed the ‘for’ button. However, when it came to the vote, isn’t it possible that in pressing ‘against’, he absent-mindedly thought he was voting against the estate?

In addition, you have to :

* only to look at a photograph of the voting keypad used by David and his fellow council members to realise that the ‘for’ and ‘against’ buttons are so close together that anyone with thickish fingers might occasionally press the wrong one.

* ask : why, once the mistake had been discovered, the vote wasn’t taken again ? because, with the vote tied — two for, two against and six abstentions — Committee Chairman John Raper registered his casting vote in favour of granting planning permission, saying: "That stands. That can’t be undone."

* ask why on earth did Ryedale District Council feel it necessary to issue its councillors with fancy electronic voting machines, when a straightforward show of hands or a paper ballot would surely do the trick? After all, there were only 11 councillors at the fateful meeting of the planning committee.and while an arm raised can quickly be whipped down again when a councillor sees that his allies are voting the other way, a button pressed cannot be unpressed.

According to the Ryedale Gazette and Herald, Cussons said afterwards: "I pressed the wrong button, that’s all that went wrong and I would rather it hadn’t happened. I am disappointed really, I am sorry that’s what happened."

Labels: No country for David Cussons at Ryedale