Britain is still a country for and says "Happy Birthday" to an old tv scriptwriter, once a likely lad, called Dick Clement 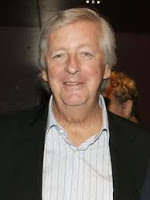 
What you possibly didn't know about Ian, that he :

* was born in Westcliff on Sea in Essex was educated at Bishop's  Stortford College and then spent a year in the USA on an exchange visit and upon his return, completed his National Service with the Royal Air Force. 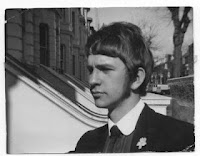 
* co-wrote the 20 episodes about the adventures of two working-class northern lads, Terry and Bob, in Newcasle upon Tyne, interested in birds, booze, fags and football.

* had the two characters growing up at school and in the scouts together and then working in the same factory, 'Ellison's Electrical', alongside the older, wiser duo of Cloughie ( right) and Jack.

* in the first episode, had the lads return from holiday where Bob has lost his heart to a French girl named Louise, at least from afar as he never actually spoke to her and learns that Terry gave her his address and she is coming over to see him and bringing a friend with Bob persuaded to make up a foursome with a heavy heart
http://www.youtube.com/watch?v=H5XRyOdxrRc

* produced gritty humour derived largely from the tensions between Terry's cynical, 'everyman', working class personality and Bob's ambition to better himself and move into the middle class.

* made the characters 'canny'  or 'street-wise', yet they stumbled into one scrape after another as they struggled to enjoy the Swinging Sixties' on their meagre incomes and 'likely' to be the cause of any trouble.

* chose the word 'likely' as an expression of the sentiment that they are likely to be the cause of any trouble.

Twenty episodes were broadcast , however, only eight of these shows have survived.
Ian has lived in the USA for many years.

Me, James and Rodney today clutching our pets  : 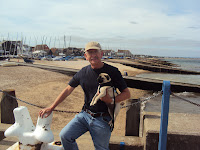