The Office for National Statistics has published, for the first time, estimates for 'healthy life expectancy', the age at which old men and women  are likely to reach, before ill health seriously affects their quality of life. They show that old men living in the green, suburban, affluent borough of Richmond upon Thames in south-west London can expect to live for 70.3 years, before succumbing to ill health, compared to the paltry 55 years their middle aged counterparts in Manchester (below) can expect, not far behind Tower Hamlets at 55.7 years.

The findings are based on the 'Annual Population Survey', which questioned more than 250,000 people and asked whether people’s general health was : 'very good,' 'good', 'fair', 'bad' or 'very bad' and whether they had any long-standing disabilities which limited day-to-day activities.

Michelle Mitchell, Director General of charity 'Age UK,' spoke out against plans to raise the state pension age for men and women  which will begin to go up to 66 after 2020 and will rise to 68 in the 2040s, warning that in future most people will not be able to enjoy any of their retirement while still healthy and said :
"These figures reveal the huge variations in the health of older people across England. It is further evidence that wealthier parts of the country have significantly more older people in good health than poorer areas. These glaring health inequalities must be tackled urgently, particularly as the Government is contemplating further increases to the state pension age. Otherwise the situation could easily arise where the average person in many areas will not enjoy any retirement in good health." 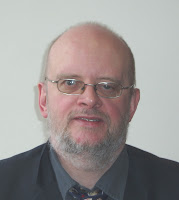 Dr John Middleton, of the 'Faculty of Public Health' said:

"These figures are an important part of a bigger picture of data that tells us why some people live longer than others. We know healthy life expectancy is determined by our chances  of being in a job, living in decent housing and having an adequate income. Clearly having a healthy lifestyle makes a big difference, but so does being in employment'.

So old men in the borough of Richmond Upon Thames in 2013, you are Britain's favoured old men because you live in one of a number of affluent villages like Kew, Barnes and Hampton, in green and open areas and where unemployment stands at just 4%.

While you old men in Manchester, you are less than favoured, confined as you are in an urban environment, brown and enclosed, where unemployment is high. 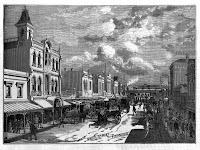 Richmond upon Thames and Manchester in 1813, also 'a place' and 'no place' for healthy old men. Two hundred years. No change.

Labels: Old men in Richmond Upon Thames and Manchester