* the environment of the foetus and infant – determined by the mother's nutrition and the baby's exposure to infection after birth – determines the pathologies of later life.

* that common chronic illnesses such as cancer, cardiovascular disease and diabetes result not always from bad genes and an unhealthy adult lifestyle, but from the poor intrauterine and early postnatal health of mothers.

* "Across the world there is now general agreement that human beings are like motor cars. They break down either because they are being driven on rough roads or because they were badly made in the first place. Rolls-Royce cars do not break down no matter where they are being driven. How do we build stronger people? By improving the nutrition of babies in the womb. The greatest gift we could give the next generation is to improve the nutrition and growth of girls and young women."

*  was born in London, the son of a concert cellist mother and engineer father and at the age of 11, after the Second World War, attended Oundle independent boys' boarding school in Northamptonshire where his interest in science was encouraged by his exceptional biology teacher, Ioan Thomas (right), who also inspired the biologist Richard Dawkins when he was a pupil there.
http://britainisnocountryforoldmen.blogspot.co.uk/2013/03/britain-is-still-country-for-and-says_26.html

* was given the freedom to roam the fields, woods, and riverbanks around the school, where he developed his interest in British beetles and was given after-hours access to the biology classrooms and used the equipment to classify his finds and when he left school, the Natural History Museum asked him to mount an expedition to collect plant specimens from the Icelandic offshore island of Grimsey.

* undertook medical training at Guy's Hospital, London and took a year out to do a BSc in 'Physical Anthropology, Comparative Anatomy, Embryology and Mammalian Biology' and during that time, studied under the famous zoologist, JZ Young (left) and wrote his first paper, on the 'effects of testosterone on bone density', published in 'Nature' in 1962.

* after qualifying as a doctor became a research fellow in the Department of Social Medicine at Birmingham University in 1963 studying under Tom McKeown, a social epidemiologist looking at factors influencing  health and disease in the population.

* at the age of  31, with a grant from the Medical Research Council took his wife and four young children to Uganda, to research 'Buruli ulcer', a little known disabling infection thought to be mosquito -borne with the Scottish surgeon Wilson Carswell (left), later famous for his work on the origins of AIDS and the inspiration for the book and film, 'The Last King of Scotland'.
http://www.youtube.com/watch?v=iV_QgKJFZP0

* demonstrated that wounds caused by the razor-sharp reeds growing near the River Nile were behind the transmission of the Buruli disease and in the process  learned the importance of observing how people lived in order to fully understand disease.

* had his stay in Uganda cut short when President Idi Amin plunged the country into crisis with his coup in 1971 and with his declaration that westerners were no longer welcome, feared for his family’s safety and drove them at night into neighbouring Kenya, ostensibly for a holiday but actually in flight.

* back in Britain became Professor of Clinical Epidemiology at the University of Southampton Medical School at the age of 41 in 1979 and in 1984, Director of the M.R.C.'Environmental Epidemiology Unit' and made his maps of Britain showing neonatal and post-neonatal mortality in the 1910's and 20's showed a strong geographical correlation with maps showing death from heart disease 60 to 70 years later and for the first time, was hit with the realisation that an adverse environment in the womb and during infancy might be linked to the risk of chronic disease in later life.
http://www.youtube.com/watch?v=CpkYmXNXNAE

* set out his ideas in a series of books, starting with 'Mothers, Babies and Disease in Later Life' in 1994 and saw his new field of research named the 'Developmental Origins of Health and Disease', with his thinking that 'the poorer health of people in lower socio-economic groups or living in impoverished places is linked to past and present neglect of the welfare of mothers and babies'.

* is remembered fondly by his colleagues for his humour with his Unit always alive with banter and his brilliant  after-dinner speaking which he agreed to perform only rarely, but prepared for in meticulous detail, giving astonishing performances but remained a deeply private, thoughtful and caring man, for whom family life was central. 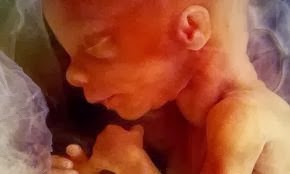