Lewis, who created many of the era-defining photographic images of the 1960s, has died in Australia at the age of 88 and although that Continent had been his home since 1971, he was a resident in Britain for 26 years from 1945 and this is where he produced his most memorable work.

What you possibly didn't know about Lewis, that he :

* was born in Hong Kong in 1925, one of the three children of a Chinese mother and English father, who was chief pharmacist to the colony and during the Second World War from 1941 to '45, was held, with his family, in Stanley Internment Camp (right) by the occupying Japanese army.

* on release, emigrated with the family to Britain, did National Service in the Royal Air Force where he experimented with photography in the style of Cartier-Bresson, then used watercolours he produced in the Camp to win a place to study at Twickenham College of Art at the age of 24 in 1949. 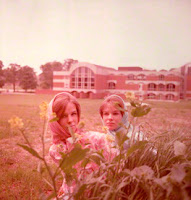 * had a portfolio of photographs published in 'Photography Magazine' at the age of 32 in 1957 as the latest 'Young Britain' discovery, then worked for 'Tatler Magazine' photographing fashionable subjects : the newly married Peter Hall and Leslie Caron in 1961 and the swinging sixties 'Jay Twins', daughters of the Labour Minister Douglas Jay, in front of the new red-brick University of Sussex the year before I too became an undergraduate there in 1965.

* became 'de facto' photographer of the new satirical 'Private Eye' magazine and moved his studio to an upper floor above  Peter Cook ran the Establishment Club in the heart of Soho and produced spoof portraits of  'Spotty Muldoon' wearing a brown paper bag over his head and fashion photographs such as 'The Loony Look' in 1967, featuring Willie Rushton, Barry Fantoni and Diana Clarke satirising fashions of the day by posing in army surplus clothes. 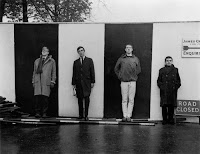 * photographed the 'Beyond the Fringe' Revue team of Peter Cook, Dudley Moore, Alan Bennett and Jonathan Miller in Regent's Park against builders' roadwork screens as the cover for their bestselling album which subsequently became the prototype of a pop group's album cover, albeit that they were satirists rather than pop stars.

* dabbled in real fashion stories, working with models Marie-Lise Gres and Jenny Boyd for the magazines  'She' and 'Harper's Bazaar' and took the first published photographs as a fashion model of Jean Shrimpton for 'Go!' Magazine in 1961 and of Twiggy in an old fur coat, published in 'London Life' magazine in 1965, before she officially became 'the face of 1966'. 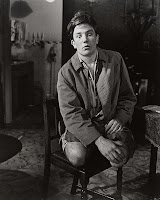 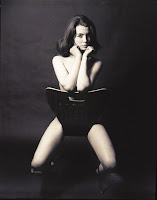 * was introduced to theatre photography at the Royal Court by Lindsay Anderson who commissioned him to photograph 'Serjeant Musgrave's Dance' in 1959, the first of more than 100 stage plays including Albert Finney as 'Billy Liar' (left0 as well as stage actors Tom Courtenay, Peter O'Toole, Alan Badel and John Hurt.

* was in 1971, persuaded by friends who had already left Britain, to emigrate with his family to Australia where he began a new career specialising in interiors photography and some portraiture, retired in 1987 and lived to see his work recently enjoy critical approval in Australia's leading museums.

* had this year, 50 years on from the 1963 'Profumo Affair', in which the Government Minister John Profumo, the Secretary of State for War, resign after an affair with 'call girl' Christine Keeler, his only surviving vintage print of her straddling his studio chair, on display in the National Portrait Gallery Exhibition, 'Scandal 63'.

* was filmed, not so ling ago and when very much alive and proving : "You can take the boy out of the 60s, but you can't take the 60s outta the boy" : https://www.youtube.com/watch?v=mbioRFDZoR4