Peter, 69, has lived the HIV story from its very beginnings. One of the first to be tested in Britain, he was given a positive diagnosis 29 years ago, back in 1984. In those early days, he recalls visiting a hospital where health staff in spacesuit-style protective clothing were passing a patient's food under the door and "we were treated like lepers."
Three decades on and the stigma hasn't entirely gone away and Peter, a gay man, talking to the 'Guardian', did not want to be identified for fear of negative reactions and homophobia in the town in the home counties where he lives.

Peter has the support of his partner, family and close neighbours, but worries that others may be more isolated as they age, particularly now that the HIV community is very different from the one he campaigned in for many years and said :
"Up until the antiretroviral drugs came in, there was a huge family and we supported each other to get through this. What happens today is everyone goes to the clinic as if they are going to the petrol station, fills up with their medication and goes out. They don't talk to people."

The facts about HIV are, that :

* in the 30 years since the virus was first identified, tens of millions across the world have died from its effects, often at a young age.

*  the development of new drugs since the mid-90s has transformed long-term survival rates and we are seeing what many never thought possible – a growing number of old men and women living with HIV.

Dr David Asboe, Consultant in HIV Medicine at Chelsea and Westminster Hospital and Chair of the British HIV Association has said :
"I am seeing 50-, 60-, 70- and 80-year-olds, some of whom recently acquired HIV. People may think older people are not as susceptible to infection, and that's certainly not true. They might think that as they get older people don't participate in sexual activities that are risky, and that's not true."

Despite the growing numbers, old people with HIV feel particularly marginalised. According to Dana Rosenfeld, Senior Lecturer in Sociology at Keele University and principal investigator for a major study on HIV and later life : 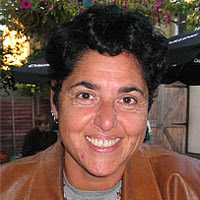 "HIV is associated, to the extent that anyone thinks about it at all, with younger people. The older population living with HIV feel invisible. Many feel there is nothing out there about them and nothing for them."

The study found that ageing with HIV brings a range of anxieties and those afflicted often :

* felt there was a particular stigma attached to HIV because it somehow signalled 'age-inappropriate promiscuity'.

* had a notion that they will be looked at as lesser beings and that there's something either, particularly 'undignified', 'sullying' or 'inappropriate' in having HIV in later life.

* feel so ashamed of their HIV status, that they are unable to tell their families, friends and neighbours.

* if they don't have a partner, fear that they will end their lives alone and with the uncertainty about their health.

* suffer from the uncertainty of not knowing if a symptom is due to the normal ageing process or HIV and wind up being hyper-aware of their bodies and hyper-anxious.

* find that the range of uncertainties can be  debilitating, fuelling high levels of depression, often getting worse the longer someone has been diagnosed.

David Asboe has said :
"There is a danger in thinking now that we've got a pill and we can get the viral load down, the patient is going to be very well adjusted and happy.That can be true but it often isn't." 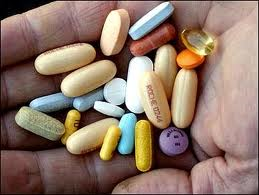