Shirley Baker, who has died aged 82, with her camera recorded and celebrated life in the streets of working-class Manchester, as the terraces occupied by thousands of families were being demolished, in favour of a 'brighter future' in high rise flats, half a century ago.

What you possibly didn't know about Shirley, that she : 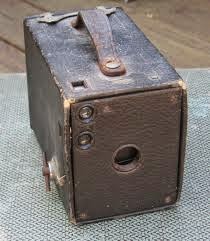 * was born with her identical twin, Barbara, in Salford in 1932, to Josephine and Alec, who, with his brother ran a furniture making business and remembered her mother’s folding coronet camera and being given Box Brownie camera at the age of 8 : “a mechanical object that could do something extraordinary.” 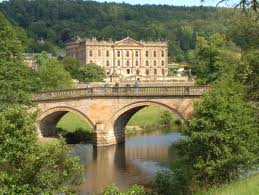 * first went to a convent school, before being packed off with her sister to Penrhos College, in Colwyn Bay, a Methodist Boarding School for Girls, which, when they were 7, at the outbreak of the Second World War, was taken over by the Ministry of Food and saw them evacuated to Chatsworth House, Derbyshire, with the state rooms converted into dormitories and where they shortage  hot water for them was compensated by skating on the Canal Pond in winter.

* at school, developed her first film in a darkroom, was in charge of the 'Photo Society', read photo magazines and felt "freedom through photography," and on leaving in the early 1950s, studied photography at Manchester College of Technology, where there was only one other woman on a course which she found boring and antiquated. 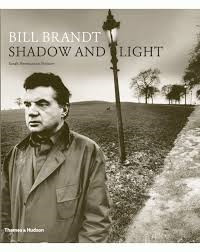 * was influenced by the work of Henri Cartier-Bresson, his Exhibition in Manchester, Bill Brandt and his ‘Perspective of Nudes’ pasting up nudes over her fireplace, his ‘Shadow of Light’,'Swiss Camera' and 'Creative Camera' Magazines.

* also came under the influence of Norman Hall (right), who sent her letters of advice and published her first photo essay on 'Manchester Dog Show' and went on to play a significant role in raising awareness in Britain of the power of the photographic medium through his work on 'Photography Magazine', then as editor of 'Photography Year Book' between 1954 and 1963 and later as Picture Editor at 'The Times'.

* graduated and started work in the early 1950s at Courtaulds Fabric Manufacturers,  producing promotional images, freelanced for other businesses and did some photo journalism for the 'Guardian' and 'The Lady', but had difficulties getting a press card, met obstructions from unions, received threatening phonecalls, was badly paid and believed she was only given the assignments deemed unsuitable for men.

* from the 1960s taught photography at Salford College of Art, carried her camera modestly stowed in her handbag and in free periods started and continued for 13 years, to photograph the slum clearance in Salford in "a time of much change: people were turfed out of their homes and some squatted in old buildings, trying to hang on to the traditional life they knew" and at the same time felt 'pain and misery' for the Salford children living in poverty and squalor. 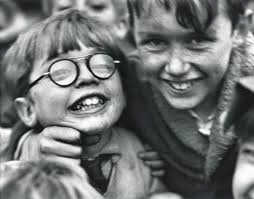 * was keenly aware that she was preserving images of a vanishing world, both in Salford and suburb of Manchester, Hulme, at the demolition of Hanky Park which had been the setting of Walter Greenwood's novel, 'Love on the Dole'.

* was touched by the fact that, even as the terraces were being demolished, the residents remained as house-proud as ever, scrubbing their front doorsteps as the dust descended around them and moved by the resilience and good humour of the children, who smiled through the incipient chaos and fashioned toys from whatever scraps came to hand.

* in the tradition of Henri Cartier-Bresson and Robert Frank said : “I love the immediacy of unposed, spontaneous photographs and the ability of the camera to capture the serious, the funny, the sublime and the ridiculous. Despite the many wonderful pictures of the great and famous, I feel that less formal, quotidian images can often convey more of the life and spirit of the time.”

* in the 1980s, when commissioned to produce a series of images at Manchester Airport, rather than taking the obvious course of photographing aircraft,  concentrated on the wearisome nature of travel, portraying the way in which people occupy space as they while away the dead hours, either falling asleep on benches, or propped up against the terminal’s walls. 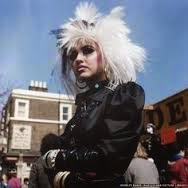 * also in the 1980s, when her husband’s work as a GP, took them to London, produced a series of pictures of punks in and around Camden Lock and Camden Market and at the same time captured owners who looked like their dogs and people falling asleep in public.

* in 1986 exhibited at the Salford Museum and Art Gallery, 'Here Today, Gone Yesterday' and finally became more widely appreciated at the age of 57 in 1989 with the publication of her first book, 'Street Photographs : Manchester and Salford'.

* continued to photograph and completed an MA in 'Critical History and the Theory Photography' at the University of Derby at the age of 63 in 1995 and published 'Streets and Spaces: Urban Photography — Salford and Manchester — 1960s-2000' in 1999 which showed how the same streets had been transformed in the intervening four decades.

* joined the 'Mary Evans Picture Library' at the age of 76 in 2008 and in 2012 had solo shows in Oldham and Salford, with another planned for 2015 at the Photographers'  Gallery in London entitled : 'Shirley Baker: Women and Children; and Loitering Men'.

* once said : "I cannot claim that my photographs represent anything other than a few wisps teased from some of the countless threads that form the intricate tapestry of our lives." 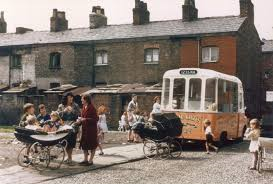