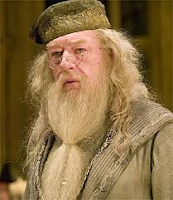 Michael, who has given pleasure to audiences working in British theatre, television and film over the last 50 years was 74 years old yesterday.

What you possibly didn't know about Michael. that he :

* was born in Cabra, Dublin during the Second World War, where his mother was a seamstress snd father an engineer, who sought work in the rebuilding of bomb damaged London and moved the family to Mornington Crescent.

* as a boy, on the instigation of his father, became a British citizen, but was brought up as a strict Roman Catholic, attended St Aloysius Boys' College (left) and then a school in Kent, before leaving with no qualifications at the age of fifteen.

* became an apprentice toolmaker with Vickers Armstrong, then at the age of 18, began to study drama at the Royal Academy of Dramatic Art and gained a BA in Classical Acting at the age of 21 in 1961 and along the way acquired a fascination and passion for collecting antique guns, clocks, watches and classic cars.

* made his professional stage début in the 1962 Gate Theatre Dublin's production of 'Othello' playing 'Second Gentleman' and at the age of 23, caught the eye of star-maker, Laurence Olivier, who was recruiting for spear carriers for his new National Theatre Company and was recruited along with the also young, Robert Stephens, Derek Jacobi and Frank Finlay.

* after three years at the Old Vic with the National Theatre, was advised by Olivier to gain experience in provincial repertory theatre and 1967 joined the Birmingham Rep and was given the title roles in 'Othello',' Macbeth' and 'Coriolanus'. 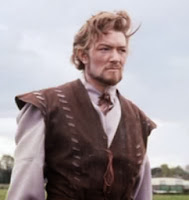 * on tv, played a romantic lead, the swashbuckling Gavin Ker (right) in the BBC series 'The Borderers' from 1968-70 and as a result was asked by 'James Bond' producer, Cubby Brocoli, to audition for the role in 1970, to replace George Lazenby.
http://www.youtube.com/watch?v=GXguwtZQYGQ

* in 1970s, played comedy in Alan Ayckbourn's 'Norman Conquests' ; serious theatre in  Harold Pinter's 'Betayal' and in 1980, at the age of forty, played in John Dexter's stage version of Brecht's, 'The Life of Galileo', of which Peter Hall said he was "unsentimental, dangerous and immensely powerful", the Sunday Times : his performance "a decisive step in the direction of great tragedy... great acting" and fellow actors paid him the rare compliment of applauding him in the dressing room on the first night.

* in 1992, played a psychotic general in the Barry Levinson film, 'Toys' and he also starred as Georges Simenon's  detective Inspector 'Maigret' in the ITV series. http://www.youtube.com/watch?v=D-MnWXEVwAE

* In 2004, at the age of 64, played the lead role, 'Hamm' in Samuel Beckett's post-apocalyptic play 'Endgame' at the Albery Theatre, London and the following year finally achieved a lifelong ambition to play Falstaff in the National Theatre production of Henry IV, Parts 1 and 2.

* played Albus Dumbledore, Hogwarts's Headmaster, in 'Harry Potter and the Prisoner of Azkaban' in 2004 and also
'Harry Potter and the Goblet of Fire' in 2005 http://www.youtube.com/watch?v=304ZYrWPx9w and the four succeeding  Potter films from 2007-11 and said that when playing Dumbledore, did not "have to play anyone really. I just stick on a beard and play me, so it's no great feat. I never ease into a role—every part I play is just a variant of my own personality. I'm not really a character actor at all."

* has been filming this summer for a new tv series based of J.K.Rowling's,'The Casual Vacancy' in which he plays Howard Mollison, the owner of a village delicatessen in the 'apparently idyllic' village of Pagford, which under scrutiny turns out to be hiding darker goings on as the villagers fight for a place on the village council.