Britain is no longer a country for and says "Farewell" to Andrew Kerr, the Father of Glastonbury Fair

Andrew has died at the age of 80. In 1971, at the age of 37, he wanted to celebrate midsummer with a free festival of artistic expression. Disgusted by the growing tide of commercialism cashing in on the hippie ideals of the 1960s, his vision was to inspire a generation to seek harmony with the earth and spiritual enlightenment free from any profit motive. Together with Arabella Churchill and a small group of late 1960s hipsters, he rented a small Somerset farm from young farmer, Michael Eavis. Unknown to them at the time, together they were creating the template for the biggest green fields cultural festival on the planet : Glastonbury.
http://www.sponsume.com/project/spirit-71

What you possibly didn't know about Andrew, that he :

* was born in 1933 in Ewell, Surrey, six years before the outbreak of the Second World War, into an upper middle class family with aristocratic connections to the sixth Marquis of Lothian (left), the youngest of five children, with a father who was a commander in the Royal Navy and spent the War years on the family farm in South Oxfordshire with a brief evacuation to Ilframcombe, Devon.

*at the age of 11 went to Radley College Boys' Independent Boarding School in Oxfordshire, where, undiagnosed with dyslexia and being left-handed, he struggled through schooling, was ridiculed as 'unintelligent' and a 'dunce' by just about everyone and was a black-sheep, nicknamed 'Ape' by his family,

* left school and served his National Service in the Navy as a stores assistant at Portsmouth and in the 1950s became an accomplished yacht builder, an occupation he frequently fell back upon during lean years and n the late 1950s, used, through a drinking partner in a Soho club, his connections as an ex-public schoolboy, to gain the position of an assistant to Winston Churchill's son, Randolph, who, when he arrived at his country house the next day, was greeted with the words: "Mr Kerr, I’m afraid I was rather drunk last night and don’t really know why you’re here."

* worked, in friendship, with Randolph for ten years until his death in 1968, assisting him in  multi-volume biography of Winston, part of his team of assistants who did the research until he dictated a few pages that were typed up for him to check in the morning.
https://www.youtube.com/watch?v=kmRwHYfwQ_s

* travelled all over the world with Randolph, acted as his drinking partner and had a variety of other duties, which, on one occasion, required him to help provide a bolt-hole for Government Minister Jack Profumo after what he later called ‘the unfortunate incident in 1963’.

* living in the Churchill residence, on one occasion, had taken a tincture of cannabis, only to discover that HRH Princess Margaret was coming for dinner and placed next to her, found himself gabbling away on a 'flight of fantasy' about his theories of extra-terrestrial intervention and guessed, in retrospect, that she must have known that he was high, but took his conversation in good grace. 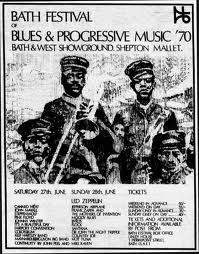 * was asked to leave the Churchill mansion in 1970 after Randolph's death because his son, Winston, disliked his drug-taking bohemian lifestyle and found him "intolerably hip" and in that summer, with friends, visited the open air 'Bath Blues Festival', was inspired to hold a festival of his own, considered Stonehenge during the Summer Solstice as the location, but chose Worthy Farm in the Vale of Avalon

with its ley-lines as more practical, with the precedent already set with the first 'Pilton Pop Festival' on Michael Eavis' farm that September.

* moved into Worthy Farm in October 1970 and was soon joined by friends from London, including Arabella Churchill who, touched by Anti-Vietnam War sentiment said : "I felt I wanted to be a hippy. I felt I was left wing. I felt I didn't want to be like the rest of my family.” 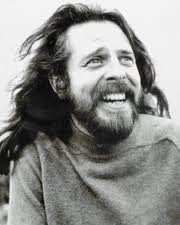 * to choose the venue for the festival, stood on the top of Glastonbury Tor, checked the zodiac written in the landscape and found the ideal spot, caught between Sagitarius and Capricorn.

* penned the manifesto to encapsulate the philosophy of his Festival :  'Man is fast ruining his environment. He is suffering from the effects of pollution; from the neurosis brought about by a basically urban industrial society; from the lack of spirituality in his life. The aims are, therefore: the conservation of our natural resources; a respect for nature and life; and a spiritual awakening'.

* with an obsession with Egypt, came up with the notion of a 'pyramid stage' , a one tenth scale replica of the Great Pyramid of Giza and chose its position by taking dowsing rods out, across the whole valley, until he came to a spot where the 'earth energies' pulled at the sticks.

* chose the timing of the Fair to coincide with the old pagan Midsummer calendar and hoped "to stimulate the Earth's nervous system with joy appreciation and happiness so that our Mother planet would respond by breeding a happier, more balanced race of men, animals and plants".

* with no experience of stagework, hired the services of Jeff Dexter, who had promoted gigs in London at the Speakeasy, UFO Club and Roundhouse and had played DJ and the host at festivals, who with John Coleman got line-up together.

*  later said of the performers who included.Brinsley Schwartz, David Bowie, Edgar Boughton Band, Fairport Convention, Hawkwind, Melanie and Traffic,  "49 of them played, all at their own expense. Some came from Brazil and the States and some people came from Australia and the French turned up. Everybody turned up and I don't know why, because there was no publicity. It was all done by word of mouth."
https://www.youtube.com/watch?v=-JsMWXi5K68

* after the Festival and a month of cleaning up the site and placating the locals, headed off to squat in an old, deserted croft at Scoraig, on the west coast of Scotland with his Danish wife, Jytte, who had fed a field full of hippies and volunteer workers and with her endeavoured to become self-sufficient and raised two children before, after six years she left him for another man.

* drifted back south and worked as a dry-stone waller, a worker in the 'Divine Light Mission' of Guru Maharaji and then off to the States for a brief foray into fixing crumbling cliffs in Los Angeles, before returning to repair yachts in Britain.

* reunited with Arabella in 1978, who had returned to London where in the mid-1970s she ran a restaurant for squatters in a house in Little Venice, to organise a second festival at Worthy Farm with ticket entrance at £5 and Peter Gabriel as the main act which ended in massive debt at which point Michael Eavis took over the future organisation and started to run it as a smooth commercial venture.

* in the 1980s acted as site manager for Michael but when attendance reached 60,000, thought that : "It got too big. It was time for the professionals to come in, I'm not a professional site manager. I thought it was too big in 1971" and by 1986, was impoverished and working as a dry-stone wall and yacht repairer and went to Italy to restore a 190-foot yacht, which turned out to be yet another financial headache.

* produced his next ethically-inspired 1992 'Whole Earth Show' near Maiden Newton, Dorset promoting organic agriculture and sustainable technologies from which BBC Radio 4 carried the first wind powered broadcast while Tibetan priests blessed the site and those present but which ended in financial disaster and forced him onto the dole.

* in 2009, received a tribute from Nick Baker description in 'Groovy Old Men' : 'He has been a gardener, minicab driver, sailor, farmer, tv researcher and festival starter. He has met Jimi Hendrix, Princess Margaret, Winston Churchill and the Grateful Dead. He can build dry stone walls, sheer sheep and navigate sea going vessels. He is enthusiastic about numerology and ley lines. For someone who was in at the start of the green movement he doesn't bang on about it.'

* in 2011 published his comprehensive 384 page memoir, with illustrations by his friend Martin Alford, using Arabella's brother, Winston's description of him from 40 years before as its title,

* said at his festival in 1971 : "We can't, until we try it, tell what good will come out of it." and saw it grow from his 1971, 15,000 crowd with free admittance to an audience of 177,000 at £195 a ticket, but still, ostensibly, rooted in green issues, the conservation of natural resources, respect for life and designed to awaken the spirit.

*  with his passing, was paid tribute by Michael Eavis : “He brought a new green conviction to Worthy Farm, raising environmental and ecological concerns to a national level of debate for the very first time. His charisma and charm dissolved any opposition to the Festival and the Glastonbury we know now owes so much to his vision.” 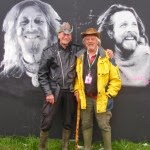 with Nik Turner of Hawkwind