Britain is no country for an old horticulturalist called Sir Roy Strong, creator of a garden without 'national and historical significance' called Laskett

Seventy-nine year old Sir Roy, flamboyant former Director of the Victoria and Albert Museum and National Portrait Gallery, writer, broadcaster and creator of the largest private formal garden in England since the end of the Second World War is not a happy horticulturalist and has decided to destroy it after his offer to bequeath it to the National Trust was snubbed..

When Roy and his wife, the designer, Dr Julia Trevelyan Oman, arrived at The Laskett in the village of Much Birch, near Hereford, in 1973, they had no intention of making an important garden and he recalled : "Indeed, I remember saying to my wife, shortly after we acquired the house: 'Don't talk to me about that garden'." 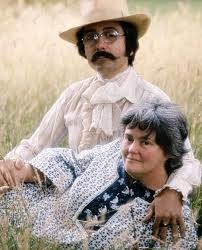 There were lawns, shrubbery, a rose bed and a small kitchen garden, but most of the four-acre site was a field. However, this was the year in which he became director of the V&A, and staged the landmark exhibition : 'The Destruction of the Country House' and said : "This lament for the loss of some thousand houses and the threat to those that remained made a forceful impression on me and, I came to realise, on others."
In the same year of the Exhibition, he visited the National Trust garden, Hidcote : http://ow.ly/CDwC4  It inspired him and t

ogether, with Julia over the years, they transformed their site into 'Laskett Gardens', a series of stunning garden rooms, vistas, ascents and descents including : 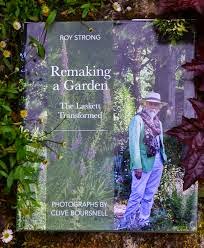 Then suddenly, in the summer of 2003, it was discovered that Julia had pancreatic cancer and within four weeks she was dead. It was not until the following October that Roy could take delivery of her ashes and wrote : 'By then I had commissioned a marble urn in which they would be interred and where I would in time join her. It was sited beneath the Oman quince tree in a quiet corner of her orchard.'

He then set about instituting some radical changes in the garden. 'I always encourage those who have lost a partner not to be haunted by guilt if impulses and aspects of themselves that have been muted through the coming together as a couple should resurface. The Laskett gardens were a joint creation with a degree of ‘his and hers’. Now everything came under my control. How was I to exercise that control with integrity and also with respect to her memory as the joint maker.'
His 'great cull' began : conifers were removed, laurels were lowered, box-hedges, parterres and a colonnade installed. 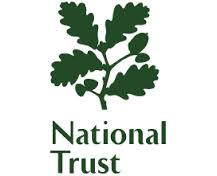 Roy, had wanted to leave Laskett Gardens to the National Trust in his will along with an endowment worth several million ponds to ensure the financial viability of the gardens, last month, however, he received a letter from the Trust’s Director General, saying the offer had been rejected because the gardens fail to 'reach the high rung of historic and national importance'.

Roy said: “I’m so upset now that I have decided to change my will, stating that the garden will stay open to the public for one year after my death, and then be destroyed. Not bulldozed as such, but I will ensure that all the personal aspects which really make the garden so extraordinary are taken away. It would be insulting to the memory of myself and Julia to continue to leave so many things which were dear to us if they are not going to be looked after by the Trust. The house will now be sold after my death. There will be a garden attached with it, but not as it is now.”


A spokesman for the National Trust said: “We were approached by Roy Strong to leave us Laskett Gardens in his will. This was a very generous offer but when offered such a gift, our Board of Trustees considers it against strict acquisition criteria. This includes making an assessment of the place’s national and historical significance. We believe the establishment of an independent charitable trust would be the best way to protect this much-loved place.” 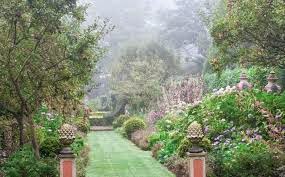