"When women die, people drift away from the man left behind."

The report. 'The Emerging Crisis for Older Men' produced by the 'International Longevity Centre' and the Charity, 'Independent Age' makes the grim prediction that the number of old men living alone in England will increase by 65% by 2030 and although older women will still be more likely to outlive their husbands, growing numbers of men will outlive their wives. That means that 1.5 million old men will be living alone by then - up from 911,000 today.

The Report made the following points, that :

* old men are at greater risk than women because if they outlive their partners more they have significantly less contact with their children, family and friends.

"If you allow people to suffer from loneliness it has the equivalent impact as smoking 15 cigarettes a day and is as big a risk as obesity. In general, men rely more heavily on their partner to remain socially connected. When their partner dies, often a man's social life shrinks. Our new research highlights the importance of social contact to older men. Poor physical and mental health is much more likely for the most socially isolated and lonely men."

"They're more likely to want to use their skills or hobbies so they have a real sense of purpose. Of course, out of that, they benefit from making social connections and contacts, but they won't necessarily go along just for a cup of tea and a chat."

'International Longevity Centre' Chief Executive, Sally Greengross, said it was important to accept that "many of our services simply don't work for men and innovative clubs and social programmes are needed to keep men socially connected after retirement, as well as offering support at certain later-life events, such as widowhood". 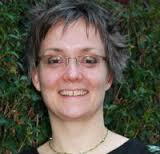 Laura Ferguson, Director of the 'Campaign to End Loneliness', said existing services to support old people such as coffee mornings were often more suited to women. "We hear from many charities across the nation that they struggle to find, and engage with, lonely older men. With social isolation and loneliness posing a serious risk to their health, local activities must be more tailored to suit men’s interests and needs.”


For Janet, Sally and Laura, one to a way to engage lonely old men comes from Australia in the shape of  'Men's Sheds'. Started in 2006 to provide support to men who had experienced either mental health issues, problems with the transition to retirement or a lack of social interaction, there are now more than 1,200 sheds in Oz. They came to Britain three years ago and over a hundred have been opened. A shed's activities usually involve making or mending in wood, such as carpentry, joinery, carving, whittling and furniture renovation, but can also include bike and vehicle repairs, tool renovation, upholstery, model engineering, milling and gardening. They are places where lonely old men can rub shoulders with other lonely old men and at the same time do something productive and useful.

Mike Jenn, the Chair of both the 'UK Men’s Sheds Association' and the Camden Town Shed in North London, which he started in 2011, after retiring from a career in the voluntary sector said : “I saw there was a social need and I wanted to demonstrate you could do something about it without money.” “At the beginning, when we needed tools, all it took was four lines in the Camden New Journal. We received six car loads – almost all of it from widows, who wanted their husband’s tools to ‘go to a good home’.”

A glimpse inside Mike's Camden 'Men's Shed', tucked away inside a community centre, reveals that it has :

* low ceilings, planks of wood, reels of tape and tiny plastic boxes full of screws.
* wood shavings and half-sanded fruit bowls.
* boxes of finished goods: plates, bowls, candlesticks, jigsaw puzzles and “bee hotels” ready for winter.
* pictures of the group’s communal projects: bird boxes, a gate for the local park and a wooden castle for children at a nearby archery club.

Eighty-seven year old, retired woodwork teacher, Les Leahy, who joined Mike's group, three months ago said : “I thought I was too old for this,” as he brandished a half finished table lamp and a toolbox. “When I first came here, I hadn’t touched my tools in 25 years. I thought I couldn’t use them anymore – I was planning to throw them all away.” Les, the oldest member of the group, lives on his own and has no children and “absolutely does not believe in the good old days” but “Forty years ago I knew everyone on my street. Now I don’t know any of the people in my block.”

Mike said : “Men are programmed to believe they can look after themselves. They don’t directly see that their life could be enriched by being with others so they end up hiding away watching TV. If you want a man to do something, don’t ask him to volunteer, tell him there is a problem and it needs fixing.”

The Greenwich 'Men in Sheds' featured on a BBC 'Newsnight' programme in 2011 (half way through the clip) : https://www.youtube.com/watch?v=in9-m1Lurnc