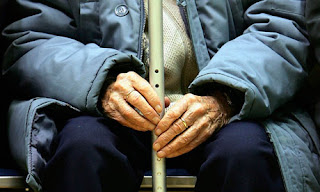 An article in the 'Gaurdian' two days ago was entitled :

* the Government's independent economic forecaster, the Office of Budget Responsibility, has said.Britain's age of austerity will last much longer than first thought if it is to keep up with the escalating costs of an ageing population,

* the  OBR report highlighted the impact of an ageing population by noting that the over-65s are expected to make up 26% of Britain's population by 2061, compared with 17% today and the cost of paying for health, pensions and long-term care at an extra £80 billion a year in today's money.

* the Institute for Fiscal Studies said the OBR report provided a reminder of the 'challenge' of an ageing population and falling tax receipts in key areas of the economy. 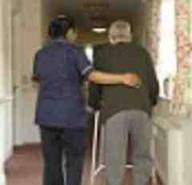 So old men of Britain, millions of people are going to face a tough time into the foreseeable future and in a large part your fault because :

* there are too many of you

* you cost too much

* you live too long