An article in the 'Daily Mail' yesterday was entitled :

Britain's oldest woman, 112, who survived the Blitz and lost her fiancé in the trenches left too scared to leave her home after being targeted by cowardly thief

It told the story of Grace Jones, the last living Briton to be born in the 19th Century who had just celebrated her 112th birthday when Jesse Coker burst into her flat in Rotherhithe, South London, after kicking down her door down and shoving her against a wall as he rifled her handbag and snatched £100 in cash.

It revealed that  :
* Grace was born on December 7, 1899 and became the oldest living person in Britain in February this year and lost the love of her life, her 19-year-old fiancé, Albert Rees, when he died fighting in the trenches in the 1914-18, First World War and lived through the horrors of the London Blitz in 1940 during the Second World War.

* she had, five days before her birthday, an unidentified thief enter her home and steal her £300 pension and the next day a 46 year old man called Coker attempted to break in by posing as a parcel delivery man when a neighbour, chased him off after she told Coker to "hop it".

* on January 24, she answered a knock at the door to find Coker posing as a policeman, who then pushed the door open, barged past her and made his way in and she, trembling,  followed him into the living room and he pushed her against the wall, grabbed her purse, which contained £100 as well as other treasured items including a four leaf clover she kept for luck, before leaving her crumpled on the floor.

* the neighbour confronted Coker outside having recognised him, but he threatened to stab them, saying : "I’ve got a tool and I will hurt you".

* in court, the neighbour said : " I heard someone ring Grace’s doorbell and opened the door to make sure everything was alright. I heard Grace say : “What are you doing” and “Get off me” so I rushed downstairs.I confronted him. I just wanted him to stop and tried to get in his way. He said he had a knife and was going to stab me. He kept saying he was going to kill me."
* Coker was only caught when he was spotted by chance by the neighbour the next day and at his trial was jailed for four and a half years and it emerged that he was 'on licence' at the time for a series of burglaries in which he preyed on the elderly.

* Grace has said that she had been "frightened ever since" and now refused to leave her home. 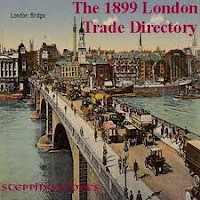 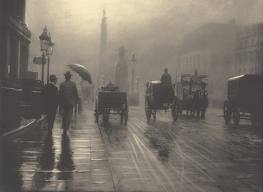 What a very sad country Britain has become.