Britain is still a country for and says "Happy Birthday" to an old playwright called Tomáš Straussler, aka Tom Stoppard

Tom Stoppard is 75 years old today.
Things you possibly didn't know about Tom or, to use his real name, Tomáš Straussler, that he :

* was the son of Jewish parents in Czechoslovakia where his father was a doctor with the Bata shoe company and, as a 2 year old, left with his family fleeing German occupation in 1939 and settled in Singapore. 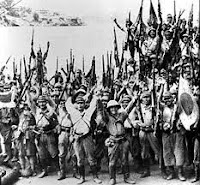 * in 1941, at the age of five, with the Japanese invasion of Singapore, was evacuated to Darjeeling in India, while his father died in Japanese captivity.

* in 1945, after his mother married a British Army Major who gave him his English surname, 'Stoppard' and moved to England but despite being told by his stepfather : "Don't you realise that I made you British?" has said that : "if I find I put a foot wrong, it could be pronunciation...and suddenly I'm there naked, as someone with a pass, a press ticket." 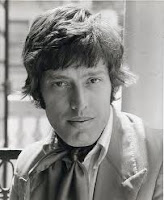 *  after being educated at schools in Yorkshire, became a journalist, a drama critic and then, in 1960 at the age of 23, a playwright, where his background is reflected in his characters, who are as he has said are "constantly being addressed by the wrong name, with jokes and false trails to do with the confusion of having two names".

* wrote short radio plays in 1953-4 and by 1960 he had completed his first stage play and in 1964 used a Ford Foundation grant to spend 5 months writing 'Rosencrantz and Guildenstern Are Dead' in a Berlin mansion.
http://www.youtube.com/watch?v=LspWt3HlODY

*   in 'Jumpers' in 1972, placed a professor of moral philosophy in a murder mystery thriller along side a slew of radical gymnasts and 'Travesties' in 1974, explored the possibilities arising from the fact that Lenin, Joyce, and Tristan Tzara had all been in Zurich during the First World War.http://www.youtube.com/watch?v=yg_1PjITdWo

* has also co-written screenplays, including 'Indiana Jones and the Last Crusade' and although he was uncredited, director Steven Spielberg has said that "he was responsible for almost every line of dialogue in the film."
http://www.youtube.com/watch?v=cyTXWaQkCuE 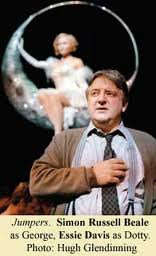 * has, in his serious work, explored themes of human rights, censorship and political freedom along with exploration of linguistics and philosophy, is one of the most internationally performed dramatists of his generation and in 2008, was voted 'number 76' on Time Magazine's list of 'the most influential people in the world.'

* has said this about starting a play :
http://www.youtube.com/watch?v=vr92r-PIrXk