Britain was no country and Greater Manchester no city for a distressed, handcuffed and very old man with Alzheimer's disease

An article in the 'Daily Mail' was entitled :

It made the following points : that a frail 84-year-old Alzheimer's sufferer living in Cheadle Hulme, Greater Manchester. called Alan Bailey :
* was put in handcuffs after he became confused and frightened when health workers made a decision, without his family present, to put him in hospital.

* was then strapped into a stretcher and handcuffed after the police were called and made the decision to 'protect' Alan, ambulance staff, the public and themselves from Alan.

His family said : that the stress of the incident may have contributed to his death the following month.

The Coroner at his inquest said : to the police officer  that "this is totally ridiculous, officer, it beggars belief. Mr Bailey was an elderly, frail and frightened man with little understanding of the world around him and what would happen to him."

The Detective Chief Inspector of the Greater Manchester Police, said: "Handcuffs were used to prevent Mr Bailey harming himself, the police officer, medical staff in the ambulance and members of the public on the road. Due to Mr Bailey's demeanour and age, attempts at physically restraining him may have led to Mr Bailey sustaining serious injuries, therefore handcuffs were deemed the safest and most reasonable option in the circumstances."

Joyce Robins of Patient Cocern said : "Anybody would have got into a panic if they were suddenly handcuffed, leameone with Alzheimer's".

Sir Peter Fahy, Chief Constable of the Force said : that a police officer should never have been present to restrain Mr Bailey and what happened was " inappropriate."

Ian Weatherhead, of Dementia UK, said : 'The moving forward of a meeting by health workers which in effect excluded Mr Bailey's daughter would suggest this was a serious contributing factor to the appalling treatment he was subjected to. Family members need to be involved and listened to at all times."
Alan was taken to Tameside General, Manchester, on March 3 last year where he stayed for six days before being transferred to the Meadows Hospital in Stockport where he suffered a fall and died in April. 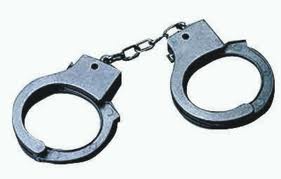