A study by the Skipton Building Society of 660 retired old people, still in relationships, has shown that many find their 'old spark' has gone after giving up work.

* eight in ten discover they don't share any of the same hobbies and interests while one in five bicker about a lack of money.

* four in ten admitted they needed to learn how to live with each other again now that the children have left home and they are no longer committed to work.

* one third of retirees spend much of their time arguing about silly things  when one, for example  :
- interferes with the other when cooking
- disagrees with the other about how long they spend on the phone
- wants to laze around while the other has lots of 'get up and go'

- likes to spend all of the spare money, while the other wants to save it for a rainy day.

* 13% admit they "irritate each other beyond belief".

* 29% were surprised to find they didn't have the same expectations for their 'golden years'. 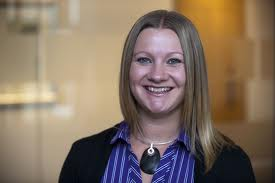 Stacey Stothard, 'Corporate Communications Manager' at the Skipton  said:
''It is easy to believe that, when couples reach retirement, they might encounter all sorts of problems with their relationship. For the previous 30 or 40 years, they will have been set in a routine - going out to work, juggling looking after the children and pursuing their individual interests.
Day to day, they might only have had an hour or two of quality time together, with the rest of their day allocated to other commitments.
Suddenly, when faced with the prospect of spending 24 hours a day together, seven days a week, without work or the children to talk about, couples can find it hard to adjust.''