Britain is no country for and says "Goodbye" to a social network site called Saga Zone, used and abused by old men

In 2007 'Saga Zone' was launched with :
If you thought social networking was only for the young, you’re wrong. Today sees the launch of SAGA Zone, a social network for over-50s, created by the insurance and travel company SAGA. 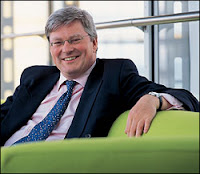 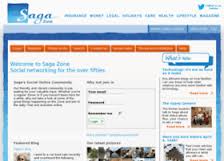 It allowed users to create personal profiles and make contact with other members just as on other social networking sites and soon had 13,000 registered users, the oldest of whom was 87. It had forums on subjects including gardening, health, money and relationship advice as well as blogs by writers over 50 who shared their lives and interests online.
Andrew Goodsell, group Chief Executive of Saga, said:"The internet is a place where the over-50s are thriving. Saga Zone is a place where they can mingle and chat about issues important to them, be they amusing or serious.

"Fast forward four years and Saga has decided to close the network, saying :'Recently there have been complaints about content, particularly, though not exclusively racism and religious intolerance, posted in the Soapbox and Debate Zone. We closed these areas of the site but people continued to post controversial and offensive content on other areas of the site.
A social networking site is about freedom of speech and there are many places on the web where people can express their views in a robust and unfettered manner. However, Saga Zone is in a Saga branded environment and when members post content that others find offensive on a company's website it can impact how the company itself is viewed.We are sad that the site has been used to post offensive messages and that we cannot continue to run Saga Zone with the threat to the brand that this content poses.This means that from today the forums are now 'read only' so you can no longer post comments. However, you can still access your account to retrieve your content. The site will be switched off from 26th February 2013.'