What you possible didn't know about Alan, that he :

* was born into a working class family in Islington, North London, the son of Elsie, a dressmaker and William, a house painter.

* left school in 1962 and worked as a copywriter for advertising agencies and in the 70's and directed the award winning Cinzano Vermouth advertisements with Leonard Rossiter and Joan Collins.
http://www.youtube.com/watch?v=PirMZGL-0mQ

* in 1970, saw his screenplay for a schoolboy romance, 'S.W.A.L.K'. ('sealed with a loving kiss'), produced by David Puttnam and released as 'Melody' : a tale of Mark Lester, a shy boy who meets and makes friends with Jack Wild and falls out when Jack falls in love with Tracy Hyde,'Melody'.
http://www.youtube.com/watch?v=zb7QKVbxKZI 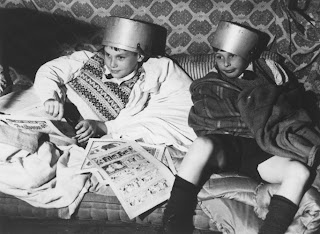 * had success with the tv play, 'The Evacuees' in 1975, about the experiences of two Jewish boys evacuated from London during the Blitz, winning the BAFTA television award for 'Best Director'.

* found the transition to feature films difficult and failed to attract financing for screenplays he described as "about things that were very close to me... very English, very London, very angry working class" but which were considered 'too parochial'.

* as a purely pragmatic exercise, wrote 'Bugsy Malone' in 1976, a children's musical set in 1920's Chicago, as a pastiche of the conventions of the American gangster movie, which although chosen with the aim of attracting American finance, was mainly funded by the National Film Finance Corporation and Rank
.https://www.youtube.com/watch?v=ulEG7bd1H60

* collaborated in 1979 with Puttmam in a Heineken Beer tv commercial, ground breaking in its cast of a hundred and use of an elaborate film set.
http://www.youtube.com/watch?v=8g--qAt5Ibc

* in 1982 directed 'Pink Floyd: The Wall', which received critical approval and a big audience.
http://www.youtube.com/watch?v=jAyRps-SQ3U

* received the BAFTA Fellowship award for 'Lifetime Achievement' at the 2013 awards ceremony, presented to him by Kevin Spacey.


Screenonline have defined Alan as :

'a deeply paradoxical figure: a film-maker committed to popular, mainstream, narrative cinema, yet whose work is often challenging in theme and distinctive in look; a persistent critic of the British film establishment, yet a man who chaired two of the establishment's major institutions; a working class 'turnip-head' who was awarded the CBE in 1995 and a knighthood in 2002. Nevertheless, he has consistently pursued his own particular vision of film and film-making, and has always been prepared to put his reputation on the line, never taking refuge in whinging from the sidelines.
A profile in The Face acutely defined him as 'an outsider with a superiority complex''.
http://www.screenonline.org.uk/people/id/467545/

"I was once described by one of my critics as an aesthetic fascist."

"I'm always afraid someone's going to tap me on the shoulder one day and say, "Back to North London"."

"Every time I've been to Cannes, I've made up my mind never to return. Every time my vanity wins over."