Is Britain a country where cities can once more become places for old men ?

British cities don't always seem the most friendly of places for old men and women because they have :

However, there is growing evidence to suggest that as the population of Britain ages, cities could actually be the best possible environment for old people.

The problem, according to Elizabeth Burton, 'Professor of  Sustainable Building Design and Wellbeing' at the University of Warwick is that :

"we don't have much choice at the moment for elderly people – it's either live in a normal house or live in a care home and there's not very much in between. Most of us have grown up believing in the rural idyll – that people move from city centres to suburbs, from suburbs to small towns and small towns to villages. But there is a recognition now that as people age and their mobility reduces, they may no longer be able to drive, and their world shrinks – it is therefore much better to live closer to amenities in a higher density of people." 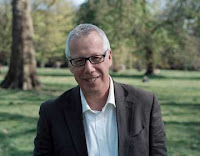 Professor Jeremy Myerson, Director of the 'Helen Hamlyn Centre for Design' and specialist in age-friendly, design agreed with Elizabeth :

"The whole approach to older people in British society is unsustainable. It is very hard to care for older people – both social care and medical care – when they are thinly distributed across a rural environment, or congregated in seaside towns. What happens in Britain is people retire, sell-up, and either move to a seaside town or a country cottage. And actually the countryside is the last place for creating the inclusive accessible environment that older people need with access to highly specialised hospitals and care."

The message is clear : old men and women need to come back to the cities but first the cities need to be adapted to meet the needs of older people. Elizabeth continued : 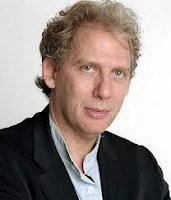 "We don't want a whole generation of people trapped inside because they daren't venture out. The problem is that cities still have a bad image . We need a new vision of neighbourhoods that are suited to older people's requirements. Neighbourhoods that are easier to walk around, relatively high density, with a lot of greenery."

At the 'London School of Economics Cities Centre', Director Ricky Burdett, believes that :

"city centres need to once again be made attractive to people who have moved away."

Apparently, one idea to tempt old men to stop moving from either not moving from towns or moving back is the 'shared space' where roads a stripped of signs and rules and regulations which assault the senses at street level and replaced with blank roads jointly shared by cars, cyclists and pedestrians. Exhibition Road in London's Museum District (left) was recently revamped at the cost of £30million using these principles. Jonathan Schifferes (left), Consultant at the 'New Economics Foundation' consultancy arm is a fan : 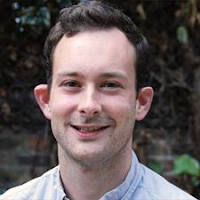 "Shared space is an equalising of the public realm so that it is more inclusive to walking and cycling, but not segregating and saying 'lets give 20% of our space to pedestrians and 23% to cyclists ' - it's based on a philosophy that by removing street furniture and street architecture you encourage different users of the public realm to engage with each other."

However, is this really a place for old men ? Jeremy thinks not and argues that shared space is anything but age-friendly :

"Shared space is meant to be about more equitable use between pedestrians, cyclists and car owners, so curbs and railings are removed, there aren't identifiable pavements. but, of course that is very problematic for a lot of older people with poor-eye sight and limited mobility."

Having said that, he is not against urban engineering projects :

"People say we can't afford extra seating, or to widen the pavements, or add extra street lighting, that councils are cutting back – but you need to ask what the cost is to the National Health Service of older people not getting out and about, the cost of social isolation in terms of mental health, or the link between the lack of cardiovascular exercise and health conditions."

So old men of Britain, if you can afford it, what do you want to do : either escape from the city and go live in the country or by the sea or stay in the cities and wait for shared spaces, if and whenever they may be built ? 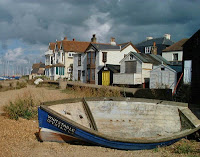 I know what my answer shall be.

P.S.
An earlier posting :
Britain is a country with an old harbour town called Whitstable in the old county called Kent which is awash with old men