Bob Godfrey, a true amateur film-maker who produced, directed, animated, acted in and did the voiceovers for his films, which I watched on tv with my kids when they wee young in the 1970s, has died at the age of 91.


What you possibly didn't know about Bob, that he :

* was born in West Maitland, Australia of British parents who came to England with them as a baby, went to school in Ilford, Essex and then Leyton Art School and got his first job working at Lever Brothers as a graphic artist during the 1930s.

* was 'called up' and served in the Royal Marines during the Second World War and took part in the D-Day Landings in Normandy in June 1944. 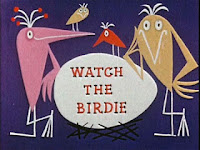 * set up the 'Biographic' studio with Keith Learner and Jeff Hale, to make commercials for the new ITV and subsequently  'Do It Yourself Cartoon Kit ' in 1961, https://www.youtube.com/watch?v=CCv0LqvNMwU
which satirised animation and commercial advertising with Michael Bentine as narrator.

* in 1964, started 'Bob Godfrey's Movie Emporium' and produced slightly risqué cartoons satirising British sexual habits, such as 'Henry 9 to 5', awarded a BAFTA in 1971 and the 'Kama Sutra Rides Again', initially banned and selected by Stanley Kubric for screening with the UK release of his film, 'A Clockwork Orange'.

* allowed, later animator of  'Who Framed Roger Rabbit', Richard Williams, to work in his basement and Terry Gilliam make his 'Monty Python' animations overnight in his studio. 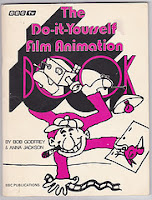 * in 1974  presented 'Do-It Yourself Film Animation Show' on BBC1, which encouraged children to do animation, with each episode having  animators like Terry Gilliam talking about their work and different techniques and was later acknowledged by a new generation of animators, including Nick Park, as a significant influence on them making animated films.
https://www.youtube.com/watch?v=SblXyoM8mao

* created for children, 'Roobarb' a green dog,
https://www.youtube.com/watch?v=I4aVXeDg3U4 who set out to achieve certain goals, meaningful to him, but considered useless by his arch-enemy, 'Custard', a pink cat and 'Noah and Nelly' with Richard Briers, who died last week, as the voice over. 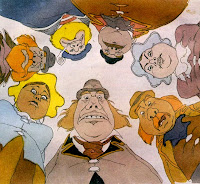 * was awarded an MBE in 1986 and received the newly established 'Lifetime Achievement Award' at the Bradford Animation Festival in 2007, which included a retrospective of his films.

* made later films which were social, political satires based on the work of Steve Bell like 'Beaks to the Grindstone' and 'A Journalist's Tale' and the series 'Maggie Where I am Now?' and appeared in the programmes about animation, 'The Craftsmen' https://www.youtube.com/watch?v=IXLliWZAqvU
and  'Animation Nation', in 2005.

The Guardian's homage to Bob's career in clips :
http://www.guardian.co.uk/tv-and-radio/2013/feb/23/bob-godfrey-career-clips

"Bye, Bye Bob. Thanks for the pleasure you gave in your many, many animations over many, many years."