David, celebrated for his photographic portraits of artists, actors and musicians and whose main body from the mid-1950s to the 1980s, has died at the age of 93.


What you possibly didn't know about David, that he :

* was was born in Dulwich, South London where his mother, a hospital matron,  passionate about music, took him to violin lessons from the age of three and he attended Manor House and Dulwich Schools, then won a scholarship to the Royal Academy of Music and studied under Max Rostal (right).

* had his studies  interrupted by the outbreak of the Second World War in 1939 and enlisted in the Royal Air Force and served as a pilot officer with Bomber Command.

* escaped injury in a German bombing raid while in a cab in London and trying to get back to his unit after seeing his family the cabbie swore at the skies and drove his car straight down the steps of Swiss Cottage tube to avoid the explosives.

* in 1942, married art, student Joyce Manning, who he had met when stationed at an airfield in Gloucestershire.and as their family grew after the War, with five children over 10 years,  decided to leave his career as a solo violinist to become a self-taught photographer.

* moved to rural Gloucestershire where, in his daughter Cassie's words, photographing "a lot of rich people's kids and the whole hunting fraternity, he became very in demand among the county set."

* had a circle of friends, which included sculptors, Lynn Chadwick and Eduardo Paolozzi, scientist and author Jacob Bronowski, economist Leopold Kohr and playwright Peter Nichols and through which he found work with the National Theatre and the Tate Gallery in London.

*  expressed no bitterness at the sacrifice of his career in music and performed informally in duets and string quartets with young people like his son-in-law, John Adams, who said that he "was no prima donna and had a human quality that meant he always played to the other musician's level, even if it was that of a 10-year-old child. His favourite form of relaxation was family concerts."

* in 1964 photographed Margot Fonteyn dancing with Rudolf Nureyev at the Bath Festival on the day her husband had been shot in Panama and in the evening he and Rudolf, who  declared himself 'in need of a drink', stopped at the Roman baths on their way to a pub and after being let in by a cleaner in return for Nureyev's signature, shot iconic images of the dancer, in available light.
http://www.photographersdirect.com/buyers/stockphoto.asp?imageid=529314

* was said by the violist Yehudi Menuhin whom he met at the Bath Music festival in 1955 and Margot Fonteyn, to have created the visual equivalent of his own musical achievements.

* during the 'swinging 60s', photographed popular singers, Adam Faith, Petula Clark, Helen Shapiro and Tom Jones, with a meticulous approach to his art,  believing that, after staging a photograph, taking the image was one part of the process.

* worked as a tv camera man and in 1968, shot Peter Hall's film of 'A Midsummer Night's Dream' with David Warner, Diana Rigg and Helen Mirren https://www.youtube.com/watch?v=YSDQjEJTPzg&list=PL6850C309909E2794
and in 1970, his stage version, followed by his film of 'King Lear', set in windswept Jutland, with Paul Scofield in the title role.
http://www.youtube.com/watch?v=1ajDJ_uEVBo

* through the 70s and 80s, worked on more than 100 feature films and tv dramas, for directors, Ken Loach, Blake Edwards and Michael Winner and in 1976 for Moustapha Akkad on 'Mohammad, Messenger of God', filmed in the Libyan desert with Anthony Quinn and Irene Papas. https://www.youtube.com/watch?v=rwtOmF7Du0A 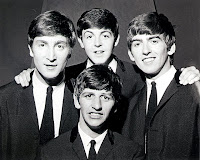 *  took early sessions of the Beatles and the Rolling Stones.

* took the great French photographer, Henri Cartier-Bresson as his model Farrell and imitated his famed 'invisibility' so that Paul Scofield said he was the one photographer "who never intruded" and John Gielgud, on seeing his portrait of him, asked: "David, where were you? I didn't know you were there."