What you possibly didn't know about Terry, that :

* was born in Colwyn Bay, Wales and recalled meeting his father returned from meeting his father who had served in the Royal Air Force in India.http://news.bbc.co.uk/local/northwestwales/hi/tv_and_radio/newsid_8395000/8395173.stm 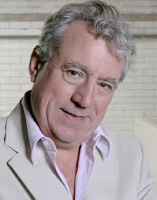 * moved to Surrey in England when he was a small boy and at 11, went to the Royal Grammar School in Guildford where he was head boy in 1960-61, then studied English and 'strayed into history' at St Edmund Hall, University of Oxford where he performed with Michael Palin in the Oxford Review. 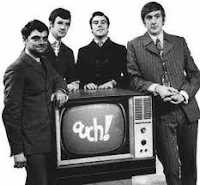 * working on 'Monty Python's Flying Circus' developed the stream-of-consciousness style which abandoned punchlines and encouraged the fluid movement of one sketch into another, was noted for his gifts as a Chaplinesque physical comedian with his performance in, for example, the 'Undressing in Public' sketch and took a keen interest in the direction of the show. http://www.youtube.com/watch?v=8peZOFVYxTI

* was the creator and co-producer of the tv animated 'Blazing Dragons' http://www.youtube.com/watch?v=IU27_Eq36SA set in a fantasy medieval setting where the  protagonists are dragons who are beset by evil humans, which when it was broadcast on US television, had several episodes censored due to minor cursing and the implied sexuality of an overtly effeminate character named 'Sir Blaze' and was turned into a game using his voice, 'Sega Saturn' in 1994. 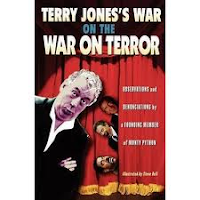 * wrote articles in 'The Guardian', 'The Daily Telegraph' and 'The Observer' newspapers condemning the 2003 Iraq War, later published in a paperback collection, 'Terry  Jones's War on the War on Terror'.

* in 2004 his 'Terry Jones' Medieval Lives' https://www.youtube.com/watch?v=H3SueeNqKrM received an Emmy Nomination for 'Outstanding Writing for Nonfiction Programming' and argued that the Middle Ages was a more sophisticated period than is popularly thought and 'Terry Jones' Barbarians'
http://www.youtube.com/watch?v=Ekbzbd0gOLs in 2006 presented the cultural achievements of peoples conquered by the Roman Empire in a more positive light while criticizing the Romans as the true 'barbarians' who exploited the conquered.

* in 2008, wrote and directed an opera, 'Evil Machines' and in 2011, was commissioned to direct and write the libretto for another opera, 'The Doctor's Tale'.

* in 2009, took part in the BBC Wales pogramme, 'Coming Home', about his Welsh family history.

* is a member of the 'UK Poetry Society', and has had his poems appear in 'Poetry Review'. 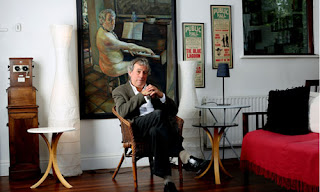