Britain, already no country today, will be even less of one for its 'explosion' of old men tomorrow 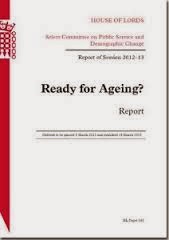 Lord Filkin, who is a 69 year old member of the House of Lords, which is dominated by other old men, has chaired a Special Committee on 'Public Service and Demographic Change' which has produced a report, 'Ready for Ageing?', about future old men. It concluded that Britain, as a country, is "woefully under-prepared" to cope with an expected explosion in the number of old men and women. It blamed successive governments for their failure to tackle policy issues generated by the ageing population and warned that the biggest threats are to already stretched health and social services.

The Committee, however, was no friend to future old men because it : 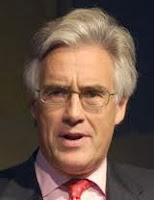 * cited recommendations made by 58 year old, Lord Turner, 'Chairman of the Pensions Commission', who had said the threshold for the state pension could rise to 70 by 2030, thereby committing millions of future old men to a longer and longer working life. Translated into committee speak this became :
"People should therefore be enabled to extend their working lives if they wish to do so, as a vital part of the response to increased longevity."

* suggested a review of pensioner benefits, which currently include free public transport and a winter fuel allowance for over-65s and TV licences for the over-75s -universal schemes which critics claim waste money as many pensioners are relatively wealthy.

The Committee heard evidence about the scale of the demographic change coming between 2010 and 2030 and that there :

* is expected to be a 50% increase in the number old men and women aged 65 and older and also a  doubling of those aged 85 and older.

* is a prediction of a 50% increase in old people with either arthritis, coronary disease or strokes and an 80% rise in those with dementia to nearly two million.

* in two decades, would be a doubling in the number of households where disabled elderly people needed informal care from their relatives or friends.

The changes recommended by Lord Filkin and his Committee, raising the prospect of Britain becoming even less of a country for old men than it is now, may still be some way off, but methinks, it's just a matter of time before their eventual implementation.
Posted by ...............................JohnBoy at 11:15