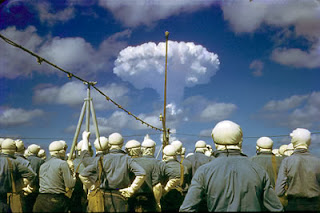 “We are like ghosts, they don’t see you, they don’t hear you,” said Jeff Liddiat of the British Nuclear Test Veterans’ Association and reflecting on the struggle, of more than a half-century, to get justice form the British Government for servicemen who were exposed to nuclear tests like those above on Malden Island in the Pacific in 1957. “I suppose they hope those remaining of us will die sooner rather than later, so there’ll be no one left to bother them.” 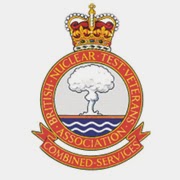 At the height of the 'Cold War' between the Soviet Union and the West in the 1950s, Britain carried out a series of nuclear weapons tests in mainland Australia, the Montebello islands off the west Australian coast and on Christmas Island in the South Pacific involving servicemen in the Army, Royal Navy and Air Force, as well as personnel from New Zealand and Fiji. http://www.youtube.com/watch?v=sWdpZHmhnEY Now, like Jeff, they are a dwindling band of old men still seeking compensation for the ill health suffered by themselves and their families as a result of their exposure.

In 2009, on of them, Dougie Hern, then 72, told the BBC :
"We saw a bright, brilliant light. It was as if someone had switched a firebar on in your head. It grew brighter and you could see the bones in your hands, like pink X-rays, in front of your closed eyes." Dougie believed that the radiation exposure he experienced that day and four others, accounted for his diabetes, the spurs growing on his sternum at that point in time and the past, the death of his 13-year-old daughter from cancer.


To old men like Jeff and Dougie, their experience over the years has been one of Whitehall cynicism and neglect based on the fact that :

* they were given no warnings about the possible dangers they faced at the time and, since then, denial by the Ministry of Defence that the illnesses suffered by them and their offspring had anything to do with the radioactive fallout they faced.

* have seen successive governments spend around £5m to block legal action by them to get compensation.

* have, in view of the fact that Ministry of Defence's medical stance is based to a large extent on a Japanese study, carried out in the 1940s on the survivors of Hiroshima and Nagasaki, pointed out that advances in medicine has meant those test results need to be reviewed.

* see that other countries, including America and France, have accepted responsibility to their personnel and paid out compensation to those affected by the tests in the Pacific and Australia.

* cite the case of the widow of the late Derek Spackman, a navigator on a Canberra aircraft sent from its base in Darwin on a mission to sample radioactivity from tests carried out by American scientists in the Marshall Islands in 1954, who has been refused a war widow's pension by the British, but was awarded $ 75,000 by the US Government.

* seen many of the 25,000 men, who took part watching the mushroom cloud wearing just shorts and sandals, die in the interim and according to Jeff : “Three years ago our membership stood at 2,000, now it’s a thousand. I think there are similar falls in numbers among others who are not members." 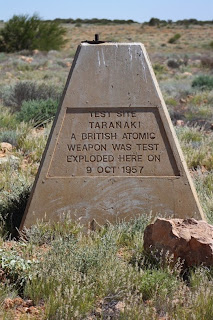 Jeff himself, who was a leading aircraftsman stationed in Maralinga, in Australia, has experienced liver disease and skeletal degeneration, had a daughter with cancer, a son with a low sperm count and skeletal malformation has said :
“I know of few hundred cases where children have been affected. It’s not something uncommon” and "We are not focused purely on getting compensation any more, but we would like official recognition of what happened and help in starting a benevolent fund for those who fell ill as well as for their children and grandchildren. Some of these illnesses have gone through generations.” 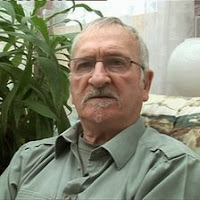 Douglas Hern, from Lincolnshire, now 75 years old, but at the time a 23-year-old naval cook based in the Christmas Islands at the time of the tests and whose daughter died of cancer at the age of 13 said :
“What went on at the time was astonishing, but so few people know about it. I was doing a collection recently for the British Legion and out of 200 people I spoke to only five knew about these tests and how people were exposed. We need to tell the public what happened, we should not be simply forgotten.”

The tests carried out between 1952 and 1967 bought Britain its place at the world Superpower table at a cost which has neither been calculated nor appreciated and continues to cast a shadow over the lives of that dwindling band of old men.