If one measure of how much a country is mindful of the frailties for its old men and women,  is how it cares for their safety as pedestrians in its towns and cities, then Britain fails miserably. This is evidenced in a study carried out by Dr Laura Asher at the 'Department of Epidemiology and Public Health', University College London, involving 3,000 pensioners and published in the journal 'Age and Ageing' which has shown that traffic speed has a greater priority than pensioner pedestrian safety.

* showed that 76% of men and  85% of women aged over 65 walk slower than necessary to use a  crossing and need to almost double their speed to get across safely.


Dr Laura herself said that old people :
*  need walking "as it provides regular exercise and direct health benefits. Being unable to cross a road may deter them from walking, reducing their access to social contacts and interaction, local health services and shops, that are all important in day to day life.”
* "are more likely to be involved in a road traffic collision than younger people due to slower walking speed, slower decision making and perceptual difficulties."
*  when hit " are also more likely to die from their injuries than younger people. Having insufficient time at a road crossing may not increase the risk of pedestrian fatalities but it will certainly deter this group from even trying to cross the road."

Dr Jennifer Mindell, senior author of the study, said of old people that :
" They have insufficient time to reach the far side, so may decide not to even try. The impact on the older population is therefore not just the immediate risk of injury. Feeling that you cannot negotiate the outside world causes psychological distress. It also deters people from even going out, feeling they are unable to cross roads safely."

The good doctors, however, are not without their critics : Enter Peter Box, Chairman of the Local Government Association’s 'Economy and Transport Board'. According to him, Dr Laura didn't get her 3000 timings right and the 'formula' local councils used actually gave people far longer to cross the road than her ‘flawed research’ suggested. ‘Timings have to strike a balance between traffic flow and pedestrian safety, but the emphasis is always on safety,’ he said. 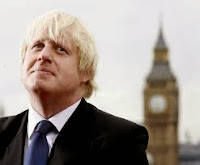 Despite Peter's assurance things have taken a turn for the worse for old men trying to cross the road safely in London with crossing times being cut as part of the 'Smoothing Traffic Flow Strategy',  one component of the 2010 Mayor of London, Boris Johnson 's 'Transport Strategy' leading to a reduced ‘invitation to cross’, green man time. The reduction has galvanised a group of old men and women called 'Loud Minority' (left) into action with their video 'Hey Mr Boris" video with "Four out of five older people can't cross the roads at the lights":
http://www.youtube.com/watch?v=lpwboQxVJtg

The ‘Smarter Crossings Campaign' has also sided with Dr Laura and is calling for the ‘green man’ sign to last an extra three seconds so young and old can all cross in time and the 'Living Streets' charity behind the campaign said the ‘green man’ time was out of date and did not reflect present day. I'm not sure what they mean by this. Are they saying that when the pelican crossings were first installed in 1969, old men and women were walking at a faster pace than they are today ?