Britain is still a country for and says "Happy birthday and good luck" to an old bass guitarist called John McVie, who gave his name and life to a band called Fleetwood Mac

John, whose surname, combined with that of Mick Fleetwood led to the creation of 'Fleetwood Mac' and who is being treated for cancer is 68 years old today.


What you possibly didn't know about John, that he :

* was born in Ealing, West London and at the age of 11, passed the 11+ exam and went to Walpole Grammar School where his music teacher gave pupils space and time to use school facilities to practise and listen to their 'new wave' music. 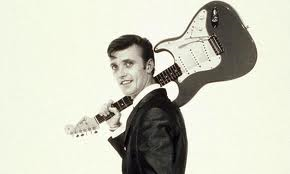 * at 14, began playing guitar in local bands, covering songs by 'The Shadows' and acquired a pink Fender bass guitar,  bought for him by his father, the same model as that used by his early musical influence, the late Jet Harris.
http://britainisnocountryforoldmen.blogspot.co.uk/2011/03/britain-says-goodbye-to-old-rock.html

* left school at 17, trained for nine months to be a tax inspector before accepting the offer of a place in John Mayall's
new band, the 'Bluesbreakers' and under his tutelage, learned to play the blues by listening to B.B.King and Willie Dixon records. 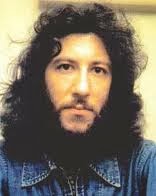 * in 1966, Peter Green (right) was asked to join Mayall's Bluesbreakers as the band's new lead guitar player, after Eric Clapton had left and when Mick Fleetwood joined as drummer the key players in what was to become, 'Fleetwood Mac' were in place.

* at the age of 22, was asked by Peter to join him and Mick for a recording session in which they made 'Curly', 'Rubber Duck' and an instrumental called 'Fleetwood Mac' and when Peter formed his own band, 'Fleetwood Mac', joined them in  1967.
http://www.youtube.com/watch?v=hRu7Pt42x6Y&feature=youtu.be

* was in demand after the group's first album, released in 1968, became an immediate hit and established it as a major part in the English Blues movement, started playing live gigs in blues clubs and pubs and scored a string of hits in Britain and enjoyed success in Continental Europe and produced 'Albatross' : http://britainisnocountryforoldmen.blogspot.co.uk/2010/10/britain-is-country-where-old-men-say.html

* following the departure of Peter Green from the group in 1970, persuaded his wife, Christine, seen next to him on the right, who before their marriage had been the lead singer and piano player of 'Chicken Shack', to join it and in 1975, achieved worldwide success after recruiting American singer-songwriter duo Stevie Nicks and Lindsey Buckingham. 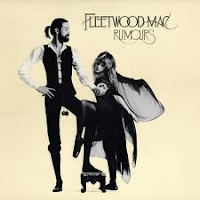 * in 1976, at the age of 31, during the recording of 'Rumours', after years of his heavy drinking, experienced his marriage unravel and divorced Christine the same year and at the same time saw the album sell 40 million and top the U.S. chart for seven months and until Michael Jackson released 'Thriller', was the best-selling album of all time. http://www.youtube.com/watch?v=0GN2kpBoFs4

* in 1981, at the age of 36, went on the road with the 'Bluesbreakers' for a 'Reunion Tour' with John Mayall and the following year toured America, Asia and Australia.

* since an alcohol-induced seizure in 1987 finally prompted him to kick the habit, has been sober ever since and avoided the tragedies in the band's history when  :

- Peter Green, dependent on LSD, left in 1970 and later diagnosed with schizophrenia, suffered financial problems which led to him working as a hospital porter and even a grave digger.

- guitarist Danny Kirvan became an alcholic by the age of 22, developed mental health problems after he was sacked from the band for his increasingly erratic behaviour and eventually became homeless on the streets of London.