Britain is a country with Scotland, no nation for old men with autism 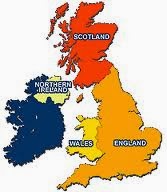 The charity, 'National Autistic Society Scotland' has warned of an 'invisible generation' of old people with autism in Scotland whose condition is often misunderstood and misdiagnosed partly because there was still a tendency to only associate the condition with children.

* its recent survey of adults with autism revealed that more than a third have waited three years or more to access a diagnosis.

* there is little research into how the condition develops in old age.

"Huge strides have been taken in changing attitudes towards autism and increasing understanding of the lifelong, disabling condition ...but there is still a tendency to think of autism as a condition that just affects children, when there are older people with autism in all our communities who need our support and care. Too many older adults with autism are missing out on diagnosis entirely and too many are still waiting for their needs to be assessed. And all too often, it's unclear what support will be available for them as they get older. This must change."

Retired joiner David Silvester, 67, from Moray, was diagnosed with Asperger syndrome, a form of autism, two years ago. His condition had been misdiagnosed as 'bipolar disorder' and 'schizophrenia' since he was in his late 20s.
He said:
"My diagnosis came as a huge relief. For most of my adult life I'd asked 'what's wrong with me?' The diagnosis finally explained my life, who I am and took away a lot of the negative feelings I'd projected onto myself. When I was very young, research into Asperger syndrome was also in its infancy. But I'd known from an early age that I was 'different'. If the adults around me had known what to look for, they would have seen classic Asperger's traits. On the outside I appeared articulate and functioning well. But inside I was struggling. After my diagnosis, I thought a world of support services in Moray would open up to me. It was a big disappointment to discover this wasn't the case."

More positively, however, Moray Council is now developing its 'Autism Strategy' and David is involved in educating people about the condition and encouraging decision-makers to put in place effective support.

David said : "It would be great if the public could see that older people with autism are not 'weird' or 'odd'. We just see the world in a different way. We need the right support at the right time, but we also have skills, talents and abilities."

Allan Tubb is a 65 year-old retired teacher, living near Inverness who sought medical help twenty six years ago and was finally, diagnosed with Asperger syndrome last year.
He said :
“I’d been told there were no facilities for diagnosing someone of my age. I was serially misdiagnosed and prescribed pills that just made me feel worse. Luckily, a sympathetic locum psychiatrist insisted I must be offered an assessment. If I’d had a diagnosis earlier, life could have been different. But I’m not angry for what I’ve missed. What I feel most is disappointment for the past, and fear for the future. My autism means I have problems seeing the consequences of what I do, and this can make planning and organising my life difficult. Health professionals told me that if people like me managed to cope with our disability for years, there’s no need to receive support. Getting older makes the difficulties more acute.”
Posted by ...............................JohnBoy at 11:49