Royal Navy Second World War veteran, John Clarkson, was a retired labourer who died two days after his 91st birthday in January this year. Despite being unable to swim, John signed up to serve at the age of 18 in 1940 and saw active service on board an aircraft carrier in the Pacific. After his cremation his Granddaughter, Claire Wynn, kept John's ashes in a specially-made casket with a plaque inscribed with his name, age and date of death and contained a family photograph.

Enter forty-three year old James Greenwood, one of the burglars who broke into Claire's house in Burnley through a kitchen window when she was on holiday and made off with John's ashes as well as an iPhone,  Xbox, stereo system, DVD player and a tablet computer.

When he realised what he had stolen he dumped the mahogany casket in a wheelie bin in a panic and as a result it ended up buried in a landfill site and despite a two-day search by council staff, remains unrecovered.

In a seeming act of contrition, Greenwood acknowledged the anguish he had caused John's family and said that the 20-month jail sentence the court gave him was 'not enough' and wrote to them saying he would let them give him ‘a good beating’ when he got out of prison.
Claire, however, said : 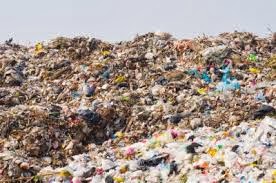 "No court in the country would send him to prison for as long as he deserves, because what he did to my family was unforgivable. It was a disgusting crime. For him to offer amends by taking a beating was the final insult. We don’t want to hear from him at all. It has been an awful time for us. The sentencing was on Remembrance Day, which is also my mother’s birthday. It was so upsetting."
As a result of the letter, Greenwood was handed a restraining order preventing him from contacting the family for five years.

Claire said :
"The other things which were stolen can be replaced but not my Granddad’s ashes. When my Grandfather was in my house we knew he was there and there was part of him left and still with us. This is worse because we don’t know where he is." 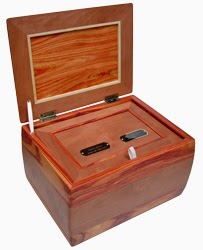 Britain, a country where even an old man's ashes are not sacrosanct.

Labels: No country for the ashes of John Clarkson