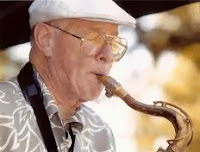 Three weeks ago on the 13th October I said "Happy Birthday" to Tommy who was 87, but unbeknown to me, Tommy died on that very day. So now, sadly, when I learn of his passing, it's "Goodbye Tommy".

What you possibly didn't know about Tommy, that he :

* was born in 1926 in Grangemouth, Scotland and started playing clarinet at the age of 12 before taking up the tenor saxophone at 13 and moved to the town next door to mine, Chatham, during the Second World War, at the age of 16 and in 1943.

*  started playing in the dance-hall band of 'Claude Giddins' in the town where I live now, Gillingham and after the War, joined 'Ted Heath's Band', playing with him until 1952 before joining 'Tony Kinsey's Group' at the '51 Club'. 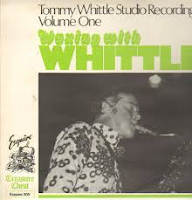 * in the 1950s, joined 'Cyril Stapleton's BBC Show Band' where he featured as a soloist in radio broadcasts and in 1954, formed his own quintet and released 'Waxing with Whittle' http://www.youtube.com/watch?v=MvViy23HAyc
followed by : touring with a ten-piece band, leading various small groups and doing jazz club work. 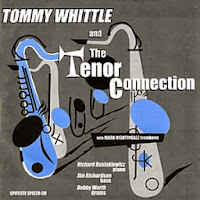 * during the 1950s, took his sextet to France and the USA, briefly deputized in the 'Stan Kenton Band' which was touring Britain and in 1955 and at the age of 29, was voted Britain's top tenor-sax player in the 'New Musical Express' poll and topped the 'Melody Maker' poll the following year.

* in 1958, became band leader at the Dorchester Hotel in London, where he stayed until early 1961 followed by a long period with the 'Jack Parnell ATV Orchestra' and later with 'Laurie Johnson's London Big Band', while continuing to play regularly at jazz clubs and recording with Benny Goodman.

* during the 1980s and 90s, was in demand as a session musician, appeared again in the 'Ted Heath Band' and into the 21st century, continued to lead his own quartet and accompanied the successful 'Ella Fitzgerald Songbook' and became a member and then leader of the 'Pizza Express Allstars Jazz Band'.

* in 1979 at the age of 53, featured playing 'Children's Games' in the tv 'Jazz Series' presented by Annie Ross :
http://www.youtube.com/watch?v=7pEGHnB_Edk

* in 2005, at the age of 79, was awarded a medal by the 'Worshipful Company of Musicians for 'Lifetime Achievement in British Jazz' and continued to perform in 2012 in Manchester and this year in Wolverhampton Grand Theatre where he wowed the audience and played 'Misty' http://www.youtube.com/watch?v=BoRQ9-MmatE 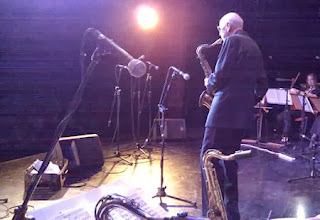